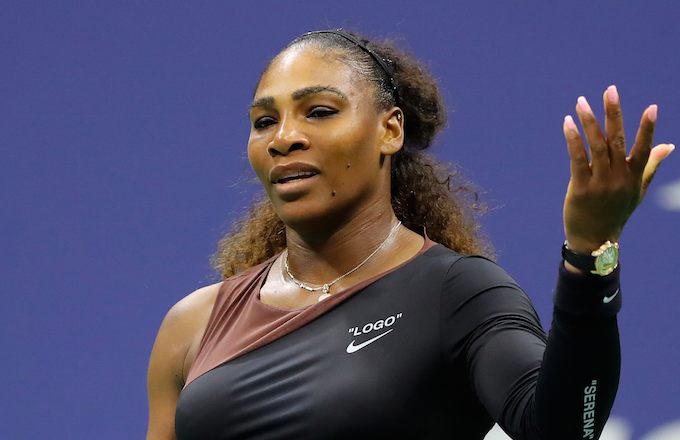 Serena Williams’ claim of sexism in the way she was treated by umpire Carlos Ramos during tennis’ US Open women’s singles final has been backed by the Women’s Tennis Association (WTA).

Steve Simon, the WTA chief executive, said in a statement:  “Yesterday’s US Open final resulted in the crowning of a deserving new champion, Naomi Osaka. The WTA applauds Naomi for her tremendous accomplishment.

“Yesterday also brought to the forefront the question of whether different standards are applied to men and women in the officiating of matches.

“The WTA believes that there should be no difference in the standards of tolerance provided to the emotions expressed by men vs. women and is committed to working with the sport to ensure that all players are treated the same. We do not believe that this was done last night.”

According to Simon: “We also think the issue of coaching needs to be addressed and should be allowed across the sport. The WTA supports coaching through its on-court coaching rule, but further review is needed.”

United States Tennis Association president Katrina Adams too supported Williams and said there are double standards on how umpires treat women and men.

She said: “We watch the guys do this all the time, they’re badgering the umpire on the changeovers, nothing happens. There’s no equality. I think there has to be some consistency across the board.”

Serena was warned for coaching, then docked a point for smashing a racket, before Ramos penalised her a game after she called him a liar and a thief.

The American tennis star was later fined US$17,000.