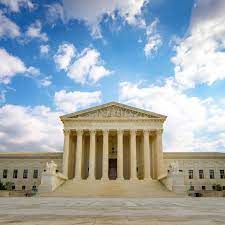 Questions are being asked about the independence of the US judicial system following the Supreme Court’s decision to abolish the constitutional right to abortion, more than 50 years after it was established.

The decision has drawn fierce protests and outright objections from millions of people, espcially women, across the country who are demanding that their right to access healthcare not be infringed.

Leaders across the world have condemned the ruling, which goes against an international trend of easing abortion laws, while UN human rights chief Michelle Bachelet called it a “huge blow to women’s human rights and gender equality”.

US President Joe Biden criticised the Supreme Court ruling overturning the landmark Roe v Wade decision on abortion, saying the health and life of American women are now at risk.

“It’s a sad day for the court and for the country,” he said in a White House address after the ruling, which he said was taking the country back 150 years.

However, the timing of the decision and the debate and protests over it is also seen as a manipulative move meant to influence mid-term election results.

The latest opinion polls indicate that two-thirds of surveyed Democrats would more likely cast ballots following the ruling, potentially narrowing the enthusiasm gap that exists between Republicans and Democrats.

The Washington Post reported that the Democratic Congressional Campaign Committee believes continued attacks by the Republican Party on women’s rights will help them in 25 competitive races taking place in largely suburban districts that also have a significant minority and college-educated population.

Some Democratic strategists have also pointed to 2018, when Democrats raised fears that Republicans would eliminate coverage for preconditions in health insurance as a way to motivate their voters.

But there have always been more voters motivated by opposition to abortion rights than those who support those rights, and the issue ahead is how much that could change now.

The shift has created what Democrats view as a political opportunity — to use the Supreme Court’s ruling to mobilise voters in the fall.

The entire Democratic establishment, including the White House and Congress, has united around the strategy, making anger at the court’s ruling one of the few clear pitches that the party is deploying for the midterm elections, reported The Washington Post.

“I’m not saying it’s changing the political landscape wholesale but we’re going to see a lot of close races in November, and this is going to keep and put Democrats in office in some of those close races,” said John Anzalone, a pollster for President Biden. “Republicans are going to be on their heels defending this, because they’ve outlawed abortion even in the most extreme cases of rape and incest.”

As such, the Biden administration is facing criticism over rising inflation. US citizens are aghast that the price of gas has surged more than US$5 a litre for the first time in history. Food pricesa are also climbing and there is a shortage of milk powder for infants. 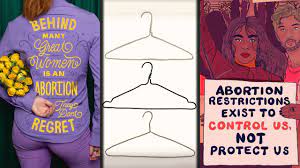 Political pundits are pointing out that the Supreme Court ruling banning abortion could deflect attention from these issues.

The decision, endorsed by the majority of the nine-member court, declares a stunning end to the precedent set by a decision in the 1973 case Roe
vs Wade, in which the court ruled that abortion rights were protected by the US Constitution.

It is also a surprise reversal of a global trend as more and more countries have expanded access to abortion in the past 25 years.

It is outrageous that the Supreme Court has virtually decided to ignore the welfare of 167.5 million women who should have a say on the abortion issue.

Justice Samuel A. Alito Jr, writing for the majority in the abortion decision, attacked the notion that the court should consider the public will. He quoted late chief justice William H. Rehnquist from a previous ruling: “The Judicial Branch derives its legitimacy, not from following public opinion, but from deciding by its best lights.”

“We do not pretend to know how our political system or society will respond to today’s decision overruling Roe and Casey,” Justice Alito continued in the court’s opinion in the case that overturned the constitutional right to abortion. “And even if we could foresee what will happen, we would have no authority to let that knowledge influence our decision.”

The conundrum dates back to the controversial nominations of conservative justices Brett Kavanaugh and Amy Coney Barret by the former US president Donald Trump.

He not only replaced liberal justices but also tilted the majority in the Supreme Court to six conservative justices and three liberals.

Trump’s move to place two of his supporters in the Supreme Court has significantly undermined the core rights and legal protection rendered by the Constitution.

The US Supreme Court should work as a bipartisan trust machine and final arbiter of law and Constitution and be immune from any political party’s influence.

Its independence deteriorates significantly as long as the president has the power and discretion to replace any dying or retiring justice.

Justice Kavanaugh has taken extreme decisions which have exposed his ideological biases. He is known to be anti-abortion and has expressed opposition to workers’ rights and immigration.

The Supreme Court is considered the final arbiter on constititual issues and a protector of the weak. But, if its foundation itself is eroded, there could be heavy consequences for the US.

There will be further erosion of inclusiveness and society will be split on gender, race and religious lines.

It should come across as independent of any party interest.

The end of federal protection for abortion is expected to lead to 26 states banning the procedure immediately or as soon as practicable, affecting tens of millions of US women and people who can become pregnant.

The decision comes even though about 85% of Americans favour legal abortion in at least some circumstances.

Why, and how, a decision opposed by a majority of Americans came about has everything to do with political power, experts said.

Many now fear that the Supreme Court, with a clear conservative majority made possible by Trump, might next set its sights on rights like same-sex marriage and contraception.

The Supreme Court’s decision to divert from popular opinion has also fuelled calls to change its structue, either by adding more justices or imposing a rotational schedule to regularly change the court’s makeup, reported The Washington Post.

Democrats have won the popular vote in seven of the past nine presidential contests — a stretch of more than three decades during which all the present Supreme Court justices were appointed. But Republicans have appointed six of nine current justices.

Former attorney general Eric Holder, who was appointed by former US president Barack Obama, released a statement on June 24 calling on reforms to the Supreme Court’s structure “to ensure that the Court serves the interests of the people instead of the interests of an extreme, minority faction.”

“A significant majority of Americans agree that gun safety measures protect the constitutional rights and lives of our people, and that women should have the right to choose,” he wrote. “Yet the Court’s majority — most of whom were nominated by Presidents who lost the popular vote — is forcing through its own particular and peculiar vision of America.”

Erwin Chemerinsky, the dean of the University of California at Berkeley School of Law, told The Washington Post: “The conservatives on the Court are much more conservative than the majority of the American people. These decisions will have a long-lasting effect on the Court’s legitimacy. It is unclear at this point what that will mean.”

Concern over losing the public trust has repeatedly been voiced by Chief Justice John G. Roberts Jr, a Republican appointee. In a 2007 interview with the Atlantic, he spoke of the “high priority to keep any kind of partisan divide out of the judiciary”. He said it was important to shore up the court’s “legitimacy as an institution”.

There has been a declining public approval of the Supreme Court. A January Pew Research Center poll found that only 54 per cent of Americans had a favourable approval of the court, down from 70 per cent in August 2020.

Kazakhstan referendum: Reducing the level of personal powers
Display of Costa Rican orchids opens at Gardens by the Bay
To Top