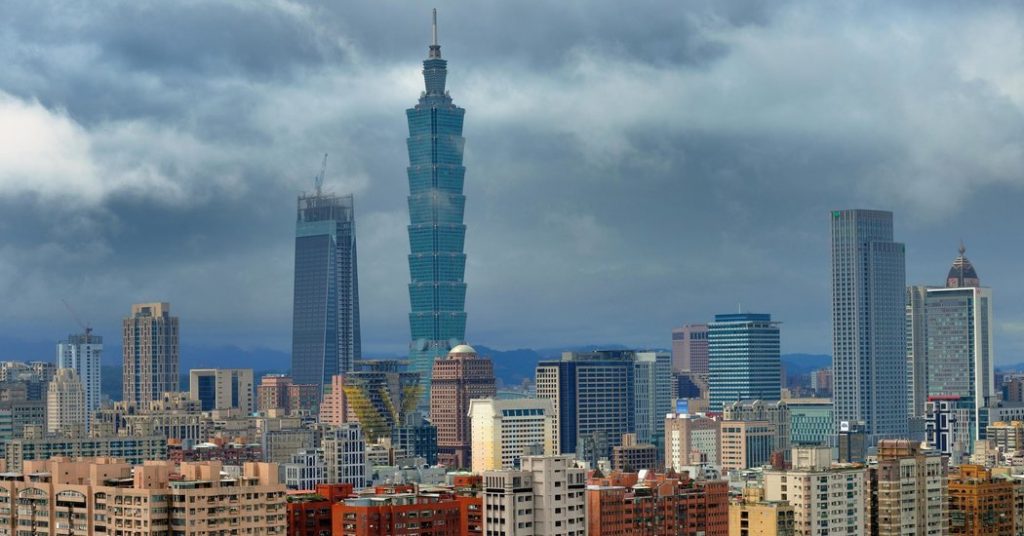 After the long-awaited completion of its review process, Riant Capital has unveiled its final selection of hotel operator, architect and designers for the highly-anticipated development Taipei Sky Tower (TST), which will cater to high-end travellers looking for different types of experiences. Riant will collaborate with Hyatt Hotels & Resorts for Asia's first large-scale lifestyle-driven development,  which will house two Hyatt-branded luxury hotels - Park Hyatt Taipei and Andaz Taipei. This will be the first dual-branded luxury hotel development for Hyatt in Asia.

Situated in Taipei's most prime location, Xinyi district, TST will be designed by renowned Italian firm Antonio Citterio Patricia Viel & Partners (ACPV), which will incorporate Taiwan's unique balance of modernism and tradition. ACPV will also be responsible for designing Park Hyatt Taipei's interior while the selected designer for Andaz is one of the most dynamic Asian design studios, Shanghai-based Neri & Hu Design and Research Office.

Taiwan has always been a hidden gem in Asia and has been gradually discovered in recent years for its rich tourism resources. With nearly 10 million residents, Taipei is not only filled with an energetic metropolitan vibe, but its rich cultural atmosphere and local people's friendliness has also  great appeal to many international travellers looking for diverse travel experience.

According to the Taiwan Tourism Bureau's data and projection, the number of traveller visits is currently at 10.7 million in 2016 and is expected to increase to 19 million by 2020, of which international tourists will account for 77 per cent. This number is still dwarfed by its neighbours, such as Hong Kong's 57 million, Japan's 24 million and South Korea's 17 million in 2016. Thus, the growth potential for Taiwan's tourism is expected to be one of the highest in Asia.

In addition, with its high domestic spending power, the third most-concentrated wealth density in Asia, Taiwan has the formula to become one of the top luxury markets in the region.

Aaron Chan, Chairman/CEO of Riant Capital and the driving force behind TST, confirmed the project is scheduled to be completed in 2020.

"While social media and online sharing economy are reshaping the global tourism industry, we find this as a unique opportunity and attempt to go a step further. Travellers nowadays are tired of the conventional hotel experience but are still unsure about the consistency of what online short-term lodging offers. We believe this is where the opportunity lies. We want to create a product that is experiential and exciting, and at the same time consistent and operationally well run." said Chan.

Chan aims to not only build Taiwan's next-generation landmark skyscraper of innovation, efficiency and sustainability, but also a diversified lifestyle luxury destination in Taipei that caters to high-end travellers from around the globe.

Riant Capital invited eight international hotel groups to bid for TST's operation rights, and Hyatt Hotels Corporation and its dual hotel concept won. "We are delighted to collaborate with Riant Capital to pioneer a new hospitality experience in one of the city's most premier destinations," said David Udell, Group President of Asia Pacific, Hyatt Hotels Corporation. "This collaboration is particularly exciting for us since it will be our first  dual-hotel luxury development project in Asia. Having both Park Hyatt and Andaz under one roof will give us the opportunity to offer two very different luxury and lifestyle experiences to our local and global guests and cater to their different stay needs."

With only 40 locations worldwide, Park Hyatt is the Group's ultimate luxury brand known for its attention to detail and unique and exceptional personal service. Andaz, on the other hand, is a newer brand with 18 locations around the globe that is loved for its unconventional hotel style celebrating the local culture and surroundings.

The combination of Park Hyatt Taipei and Andaz in one building will bring two unique luxury and lifestyle experiences to TST and also make Taipei the third city in Asia, after Tokyo and Shanghai, to have both Park Hyatt and Andaz brands under the same city skyline.