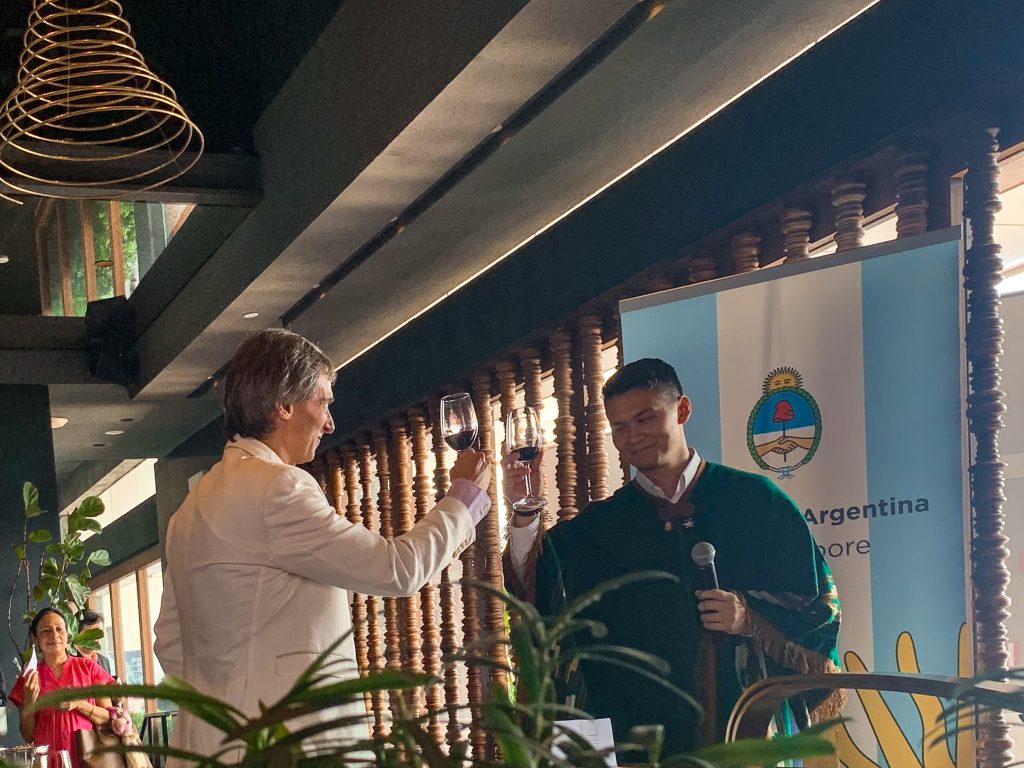 On April 16, 2019, Malbec World Day was celebrated for the second time in Singapore with over 150 guests from the food and beverage industry getting the chance to taste a selection of the best Argentine wines which are currently offered by 20 wineries through their local distributors in the Republic.

The Argentine Embassy, led by Ambassador Federico Barttfeld (above, left) hosted the celebrations at the popular venue Ce La Vi, whose Master Sommelier Mathias Camilleri (above, right) recently visited Argentina’s wine country and attended different wine seminars and tastings at the invitation of Wines of Argentina. 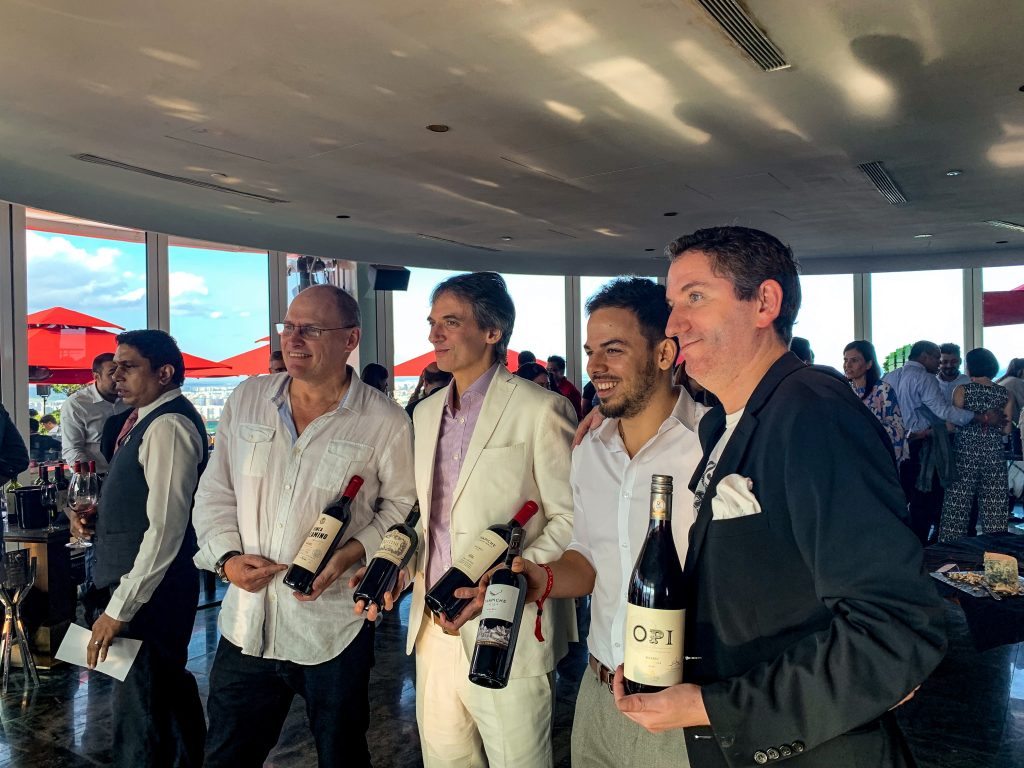 Argentine Malbec once again brought together the capitals of the world in a global celebration with 89 events, across 75 cities in 44 countries.

Malbec World Day, first held on April 17, 2011, has emerged as a global initiative to position Argentine Malbec abroad and celebrate its international success.

Throughout April, the celebrations will continue and Argentina’s emblematic grape will once again be at the centre of the world stage. 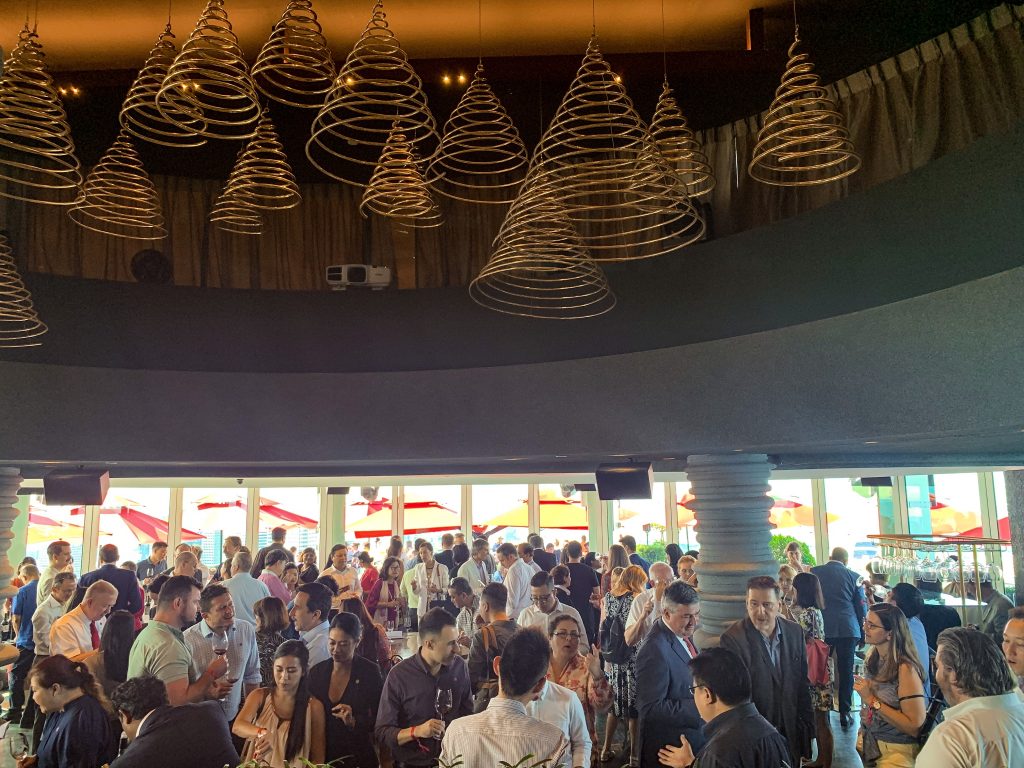 Activities organised by Argentine representations abroad, Wines of Argentina and other independent initiatives will be recorded on the website http://www.malbecworldday.com and the celebrations can be followed on social networks with the hashtag #MalbecArgentino.

In a country where winemaking is as deeply rooted in its culture as tango, football and asado (barbeque), Malbec has won its place as an Argentine ambassador.

Argentina is currently the main producer of Malbec in the world, with 97,6 millon acres of vineyards planted all along the Andes mountain range, from Salta to Patagonia. 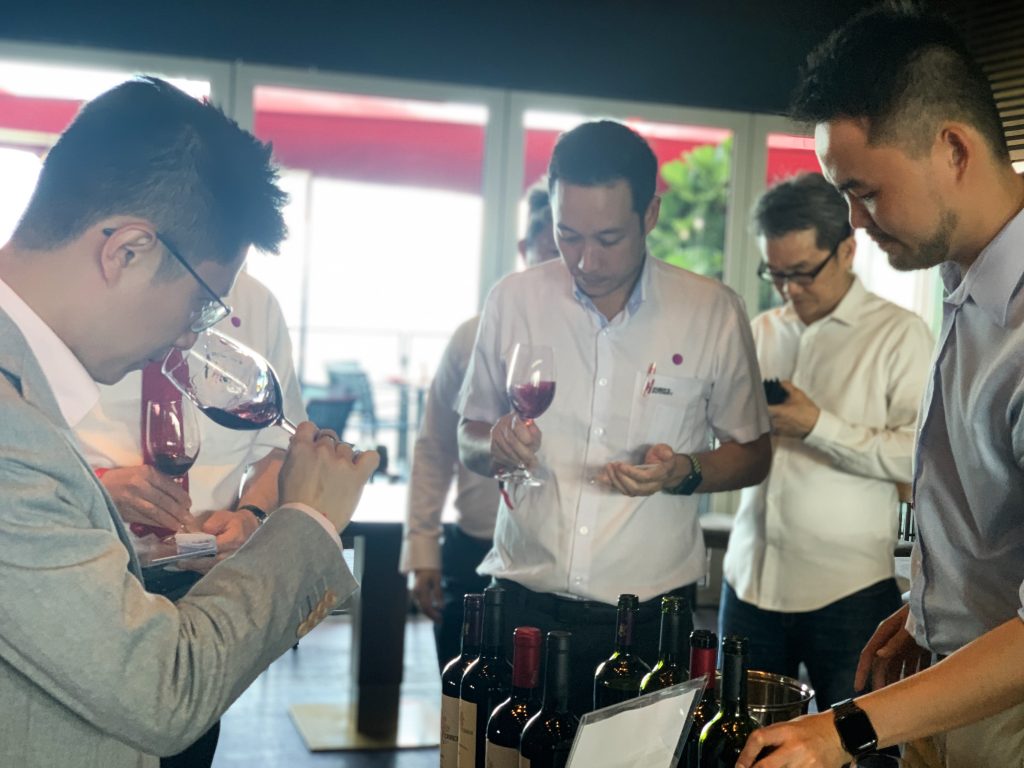 To the palate, Malbec is warm, soft and sweet, with non-aggressive tannins. When it is aged in oak, it develops coffee, vanilla and chocolate aromas. Malbec pairs well with red meats, grilled meats, hard cheeses and pasta. In June 2018, one of Mendoza’s winemakers  was awarded 100 points for a Cabernet Franc 2013 and a Malbec 2016 by Wine Advocate.

While Malbec is used in 36% of the country’s red wine, other premium varieties produced in the country are Bonarda , Cabernet Sauvignon, Syrah and Merlot.

In white wines, the most important varietal is Torrontés, followed by Chardonnay, Chenin Blanc and Sauvignon Blanc. Many of these varieties will also be available for tasting at MWD 2019 at Ce La Vi in Singapore as we celebrate Argentine wine at its best. 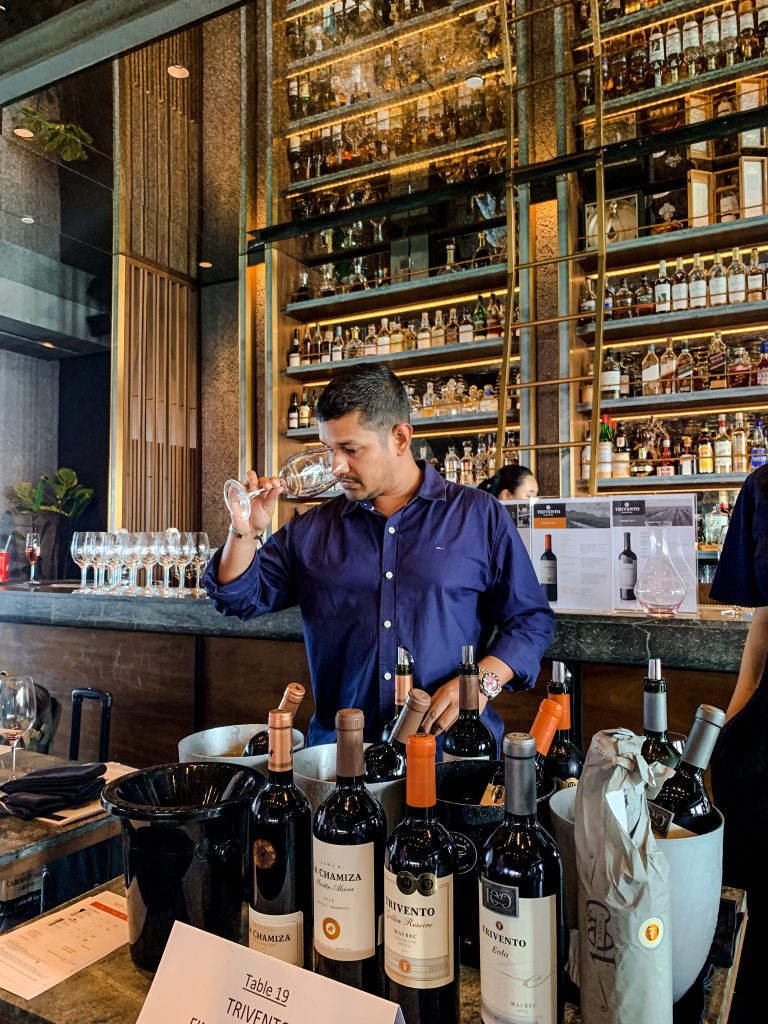 Winemakers are no longer looking to make perfect wines, but instead to express the terroir and the particular characteristics of each area. This is how the true identity of the wine is revealed and where its elegance lies. An elegant wine is defined by its refined quality, its noble features and its marked balance; one that transmits a wide range of suggestive sensations in the nose and mouth. 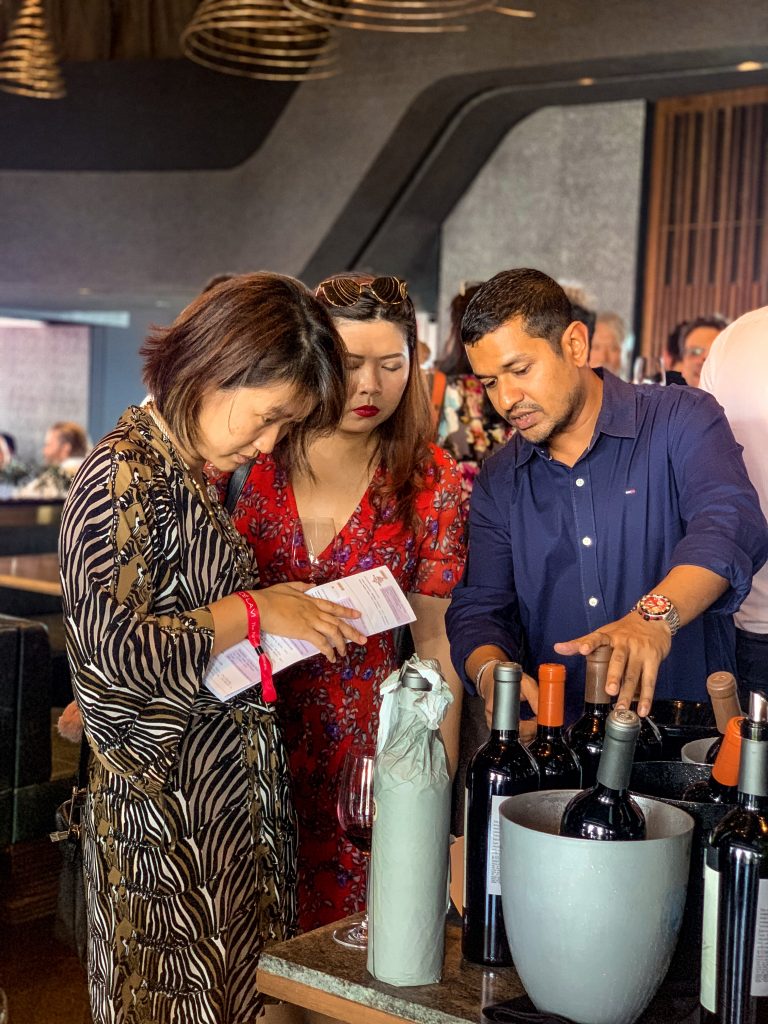 The identification of micro-regions, the study of soils, the search for identity and all the technology in winemaking has allowed Malbec to show what it’s capable of giving. “Perfection is not achieved when there is nothing more to add, but when there is nothing left to remove,” said Antoine de Saint-Exupéry. In that sense, Malbec, far from being perfect, still has much more to offer.