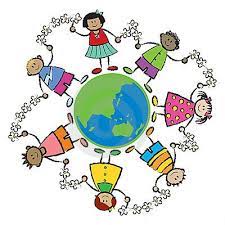 Fear of the scenario in Ukraine being duplicated in the South China Sea by China is driving the United States to get countries in the area to militarise further and allow foreign army bases to be set up.

This is escalating tensions in Asia, with almost all countries, especially in South-east Asia, concerned that a major war could erupt in the Indo-Pacific.

A slight miscalculation by the big powers trying to establish their hegemony could see the region engulfed in flames causing death and destruction of a high magnitude.

Asia does not need this instability and friction as the Covid-19 pandemic has already hit the economies hard.

The US knows that it is difficult to form a Nato-like organisation in the Indo-Pacific because each country has its own agenda when it comes to seeking cooperation and agreements. So, it is stressing on the need for multilateral partnerships with nations in the Indo-Pacific in an attempt to back China into a corner. 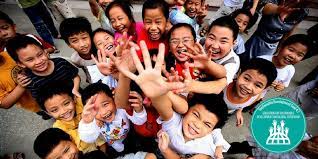 Secretary of State Antony Blinken last month said China represented the “most serious long-term challenge to the international order” for the United States, with its claims to Taiwan and efforts to dominate the strategic South China Sea.

The US and its allies have responded with so-called freedom of navigation patrols in the South China Sea and Taiwan Strait, sometimes encountering a pushback from China’s military.

China’s Defence Minister Wei Fenghe accused the US of “meddling in the affairs of our region” with the patrols and “flexing the muscles by sending warships and warplanes on a rampage in the South China Sea”.

“China calls for turning the South China Sea into a sea of peace, friendship and cooperation,” he said. “This is the shared wish and responsibility of countries in the region.”

Seven of the world’s top militaries – the United States, China, India, Japan, Russia and the two Koreas –  are dominant in this region. 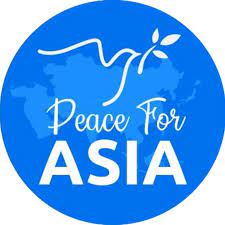 The concern is whether the turn of events in Ukraine will embolden one of them to unleash its hard-power instincts in a hot spot like South China Sea or Taiwan.

Already, the Russia-Ukraine war has caused many Asian countries to beef up their military arsenal.

Japan is considering hosting US nuclear weapons, while South Korea is seeking to develop capabilities for preemptive strikes.

Taiwan wants to take a leaf out of the Ukrainians’ highly effective use of asymmetrical warfare and develop small, easily portable anti-tank and anti-air missiles.

Former Philippines President Rodrigo Duterte had said in July 2020 that he would not allow American forces to reestablish a military base in the Philippines noting it will put the country in harm’s way in case there is conflict.

But there seems to be a rethink, probably due to US pressure.

According to news reports, an Australian military intelligence unit has been set up in the Philippines’ Zamboanga military camp.

This has stirred fears among the local population that any multinational military exercises within the territory of Bangsamoro could harm the fragile local peace situation.

The Philippines’ MaritimNews reported that The Ranao Youth Council does not want the Bangsamoro Autonomous Region in Muslim Mindanao (BARM) to “end up being the host” to  foreign military bases.

The ongoing war between Ukraine and Russia is a lesson for all. It is a tragedy that a small country was used by a big power to challenge another big power.

This could happen to the Philippines too and it is in the best interests of the country to remain neutral and focus on its own economic and social development.

Most Asian governments don’t necessarily believe that war will erupt in the region soon. But the tensions are high.

China’s Foreign Minister Wang Yi said in March: (The strategy) seeks to maintain the US-led system of hegemony, undermines the Asean-centred regional co-operation architecture and compromises the overall and long-term interests of countries in the region. 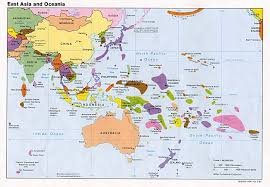 “The perverse actions run counter to the common aspirations of the region for peace, development, co-operation and win-win outcomes. They’re doomed to fail.”

At another media briefing, Mr Wang said the US’ strategy in the region is “becoming a byword for bloc politics”.

“The US professes a desire to advance regional cooperation, but in reality it’s stoking geopolitical rivalry,” he said. “This is by no means some kind of blessing for the region but a sinister move to disrupt regional peace and stability.”

The US believes that China’s “harmful behaviour” — coercion, aggression and undermining of human rights and international law — spans the globe but is “most acute” in the Indo-Pacific.

Former Singapore diplomat Kishore Mahbubani believes that the “biggest geopolitical contest of all time has just broken out between the US and China”.

“Whenever a major geopolitical contest breaks out, watch out. There’s definitely a danger of war,” he told the programme When Titans Clash.

“That’s precisely why everybody has to be very careful and work hard to avoid the war before it breaks out. And we mustn’t put our head in the sand like an ostrich and say, hey, everything’s okay. No, everything isn’t.”