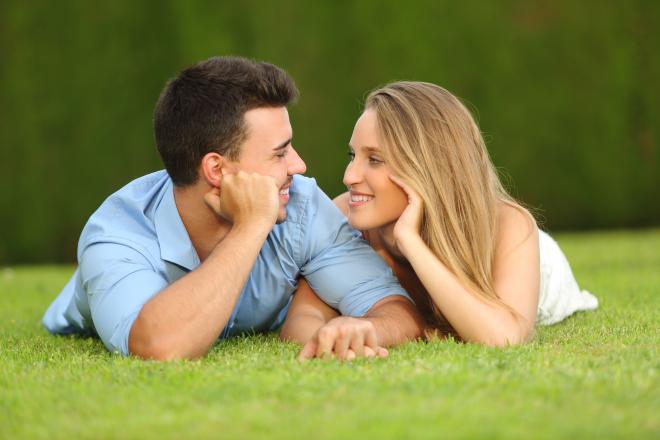 One of the most elusive dating tactics since the beginning of time has to be "playing hard to get". While Socrates famously advised courtesan Theodote to boost her attraction by withholding her affections until men are "hungry" with desire, "playing hard to get" remains a sought-after strategy many yearn to master in a romantic relationship - as shown by the prevalence of related advice on dating columns or the internet.

However, previous research has yielded little support for the efficacy - or inefficacy - of this belief and those who had the chances to execute the strategy in real life might realise the so-called strategy often leads to ambivalent results.

So what is the psychology behind and what contribute to the success or failure of "playing hard to get"?

Titled "When Does Playing Hard to Get Increase Romantic Attraction?" the study aims to reconcile existing divergent findings while also substantiating a time-honoured folk theory.

The study points out that previous research downplaying the efficacy of "playing hard to get" is usually based on a golden rule of interpersonal attraction: that we like those who like us. On the other hand, research challenging the said reciprocity principle argue that uncertainty elicited by "playing hard to get" would in fact enhance engagement and motivation. Why the discrepancy? What if both schools of thought turn out to be true?

"This study took into account two factors largely overlooked by previous researches, namely the dichotomy between wanting and liking, and the role of commitment," said Prof Dai. "After all, the liking and wanting responses of our brain's reward circuitry are said to be governed by separate pathways and have independent and distinct effects on decision-making; and commitment is in a way synonym for passion, which is what helps motivate and drive us to reach certain goals."

Conducted with students from CUHK, the study consists of two experiments, namely a mental simulation and an actual speed-dating study.

The Experiments and Findings

The first experiment manipulated "hard to get" versus "easy to get" and also psychological commitment in a scenario-based study. Single male participants numbering 101 filled out a survey. They read a description of a lunch experience with a potential dating partner (the player), which was described as acting either relatively responsively (easy to get) or unresponsively (hard to get), respectively.

Those in the no-commitment condition were led to imagine that the lunch partner was randomly assigned to them and those in the commitment condition imagined the lunch partner as someone they had a crush on. All participants were then asked to evaluate the potential dating partners on both affective (How positive or negative did you feel about the player?) and motivational dimensions (How motivated were you to build a romantic relationship with the player?) on a scale of 1 to 9, with 9 being the highest and 1 being the lowest. To evaluate their motivational level, a second question (How much will you be willing to spend on a gift for her?) was also asked.

"The findings from the first experiment confirmed that the level of commitment does play a role in the distinction between affective and motivational evaluations. And the second experiment that followed serves to further validate the propositions in a real-life situation," said Prof. Dai.

In the second experiment, an actual speed date was enacted, in which a female undergraduate student was selected as the confederate. A few days before the speed dating, 61 male university students were given information of their dating partners. Those in the commitment condition were allowed to choose their own dating partner out of four profiles via email - the three bogus profiles were less attractive such that they all chose to meet the confederate. To enhance their commitment, they were also asked to articulate the reasons for their choice and to email the confederate to introduce themselves ahead of the meeting.

For those in the no-commitment condition, they were simply told that they were assigned a dating partner and then received one profile of the confederate. All participants had to fill in a pre-meeting questionnaire to report their commitment and expectations. After an one-on-one, five-minute conversation, during which the confederate was trained to behave either in a responsive or unresponsive manner, the participants filled in an post-meeting questionnaire designed to reflect their affective and motivational evaluations of their experiences.

Again, regardless of commitment level, players in the "easy-to-get" condition received more positive evaluation than those in the "hard-to-get" condition in terms of affective evaluation. However, playing "hard-to-get" worked better than playing "easy-to-get" in evoking positive motivation when a participant had commitment towards his partner, and the reverse is true when a participants had no commitment towards his partner.

When is 'Playing Hard to Get' a Winner?

Both experiments consistently prove that "playing hard to get" can induce stronger motivational responses from evaluators who are already psychologically committed to the player. When there is no psychological commitment, however, "playing hard to get" yields weaker motivational responses than "playing easy to get". Also, "playing easy to get" always induces more positive affective evaluations of likings, regardless of the degree of prior psychological commitment.

According to the study, the implications of the findings are multifold.

"From a practical perspective, it offers useful tips as to how to identify specific situations under which we should or should not use the 'hard-to-get' strategy. No more guesswork or coin tossing - we can now make better decisions since there is actually science behind the effectiveness of the strategy," said Prof. Dai.

The findings also go beyond the domain of romantic attraction to help us understand the interplay between liking and wanting and the role of commitment.

"It is interesting to have a glimpse of the tension between emotion and motivation systems in determining preferences, as we see that people may choose an affectively disliked option if motivation is sufficient. This provides us with deeper insight into the nature of motivation in goal pursuit, especially in the face of failure or negative feedback. By making reward acquisition more challenging (akin to 'playing hard to get'), one's desire to obtain tempting rewards could be enhanced," said Prof. Dai.