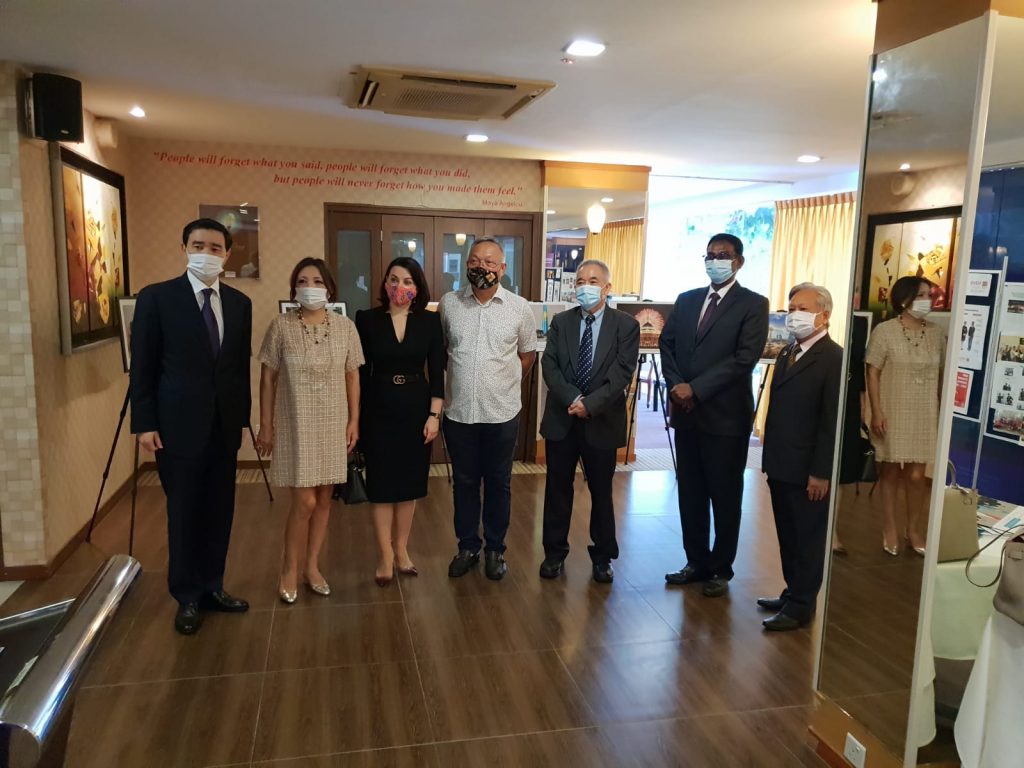 To commemorate Kazakhstan’s 30th anniversary of Independence this year, the Kazakhstan embassy in Singapore organised a photo exhibition to highlight the country’s development and progress over the last three decades at the Management Development Institute of Singapore (MDIS) on August 27, 2021.

Several exhibits were on show, including the historical, political and cultural development of the country and photos depicting Kazakhstan’s strong ties with Singapore.

“Because of the Covid situation, we could not invite many people to participate in the exhibition,” said Mr Arken Arystanov, Kazakhstan’s Ambassador to Singapore. “But through our online presentations many people in Singapore and elsewhere will get to see what we have achieved since we gained independence.

“This exhibition showcases the development of Kazakhstan through the years, the strong bonds Singapore and Kazakhstan have developed since Singapore’s first Prime Minister Lee Kuan Yew paid his first visit to Kazakhstan in September 1991 and future growth as new initiatives and technologies are embraced.” 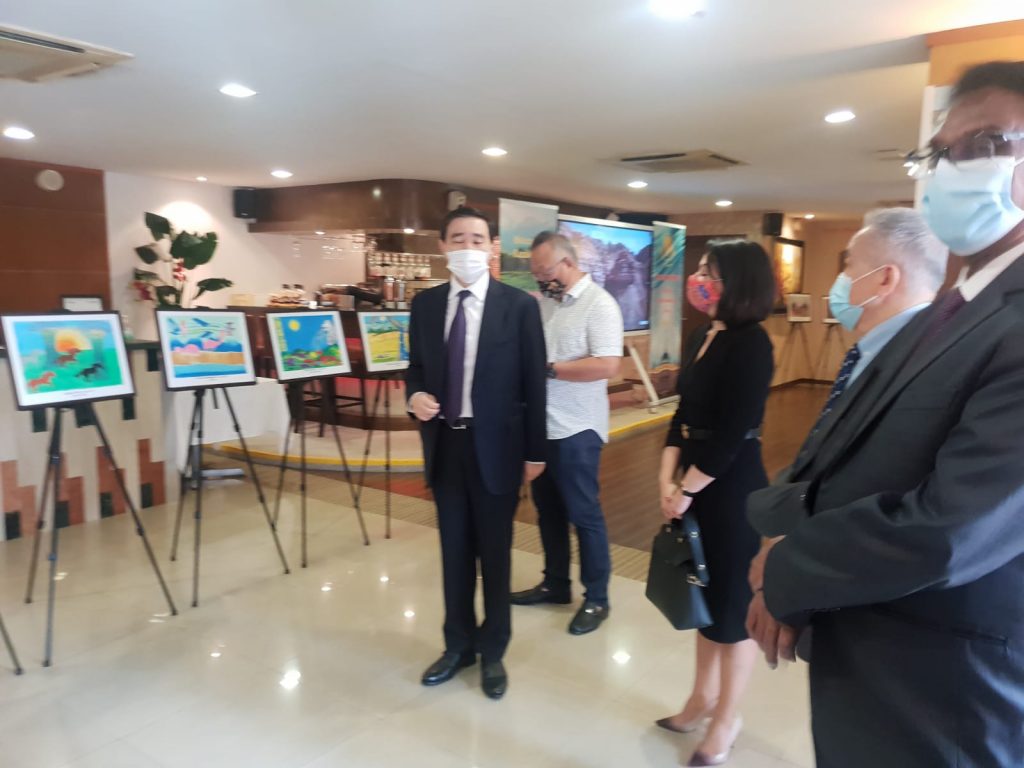 Shortly after the collapse of the Soviet Union, Kazakhstan’s first president, Mr Nursultan Nazarbayev, invited Mr Lee to advise the country on possible reforms to turn its economy to a free market.

Mr Lee recognised then that the dissolution of the Soviet Union would give rise to a new world order. He also saw in resource-rich Kazakhstan its aspirations for economic development. If Central Asia was to grow in importance, Singapore would do well to form linkages with that part of the world.

The visit gave a start to regular political contacts and active economic cooperation between the two countries.
Kazakhstan also, under Mr Nazarbayev, found in Singapore — a small country that had managed to successfully plug itself into the global world and stayed relevant over the years — an economic and political model it could take notes from. 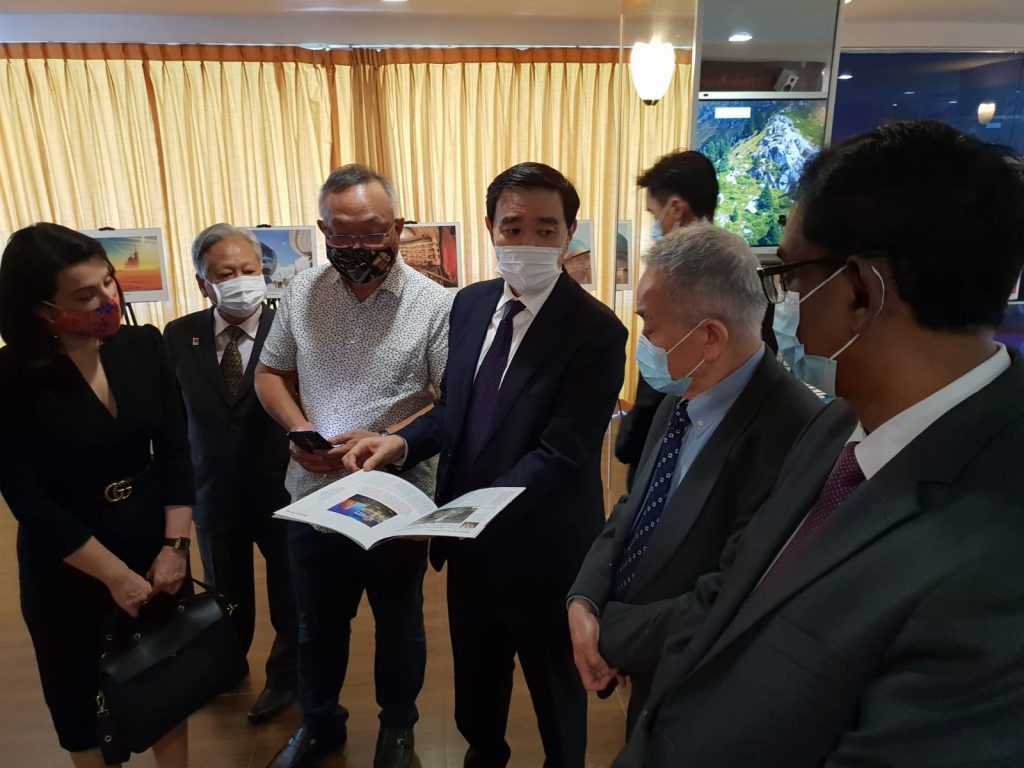 Mr Arystanov also spoke about the main achievements of Kazakhstan since independence and highlighted the current political and economic reforms.

The exhibition also featured the prize-winning entries from an art competition that the Kazakhstan embassy held for children in Singapore earlier this year.

The children were asked to highlight the relationship between Singapore and Kazakhstan and several of them, including young ones from Kazakhstan, Singapore and Russia, displayed their artistic talents with creations that showed Kazakh and Singaporean cultures and the connections between the two. 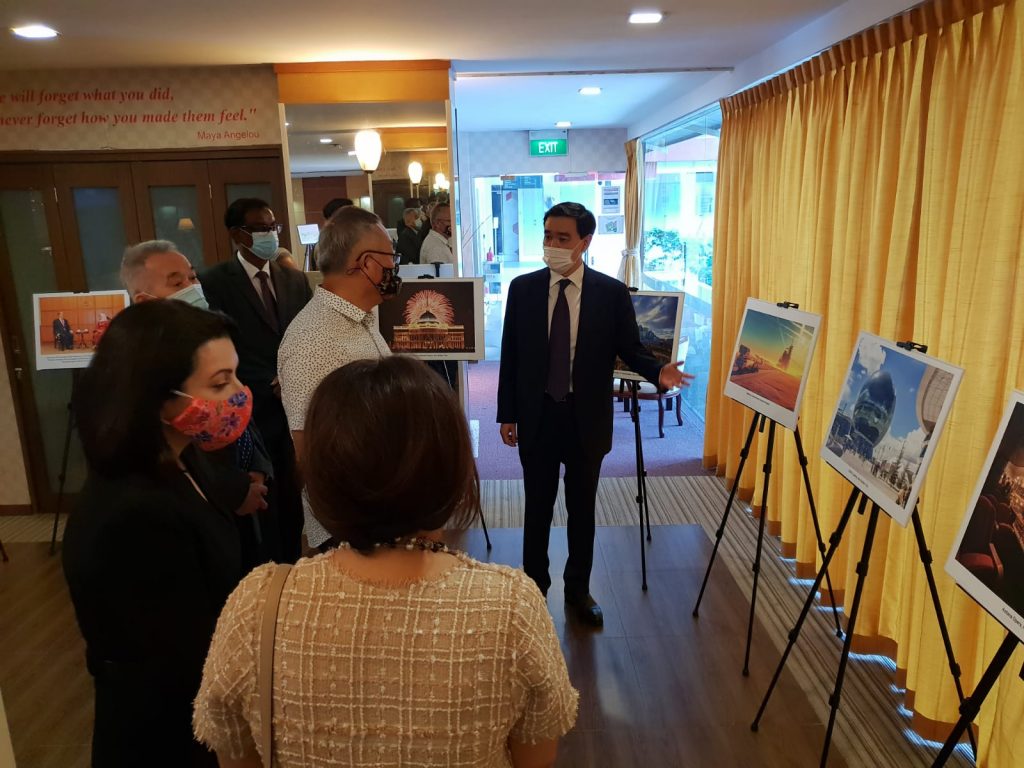 Mr Zulkifli Baharudin, Singapore’s non-resident Ambassador to Kazakhstan, who was present at the inauguration of the exhibition, spoke about the brilliant future of Kazakhstan as a leading country in Central Asia.

“I congratulate the Kazakhstan embassy for taking this initiative to organise this exhibition,” he said. “Certainly it is a country with a lot of opportunities. There is a lot of confidence in Kazakhstan and we should take advantage of that.

Mr Zulkifli added: “My dear brother (Mr Arystanov) has been extremely active in promoting the country and little steps, like this event, are going to shape our relationship further.

“Fortunately, our relationship started on a very grand scale, when the two senior statesmen (Mr Lee and Mr Nazarbayev) of the world came together. Hopefully, that correlation will continue.

“If you look at the last 30 years or so, very few countries have succeeded after they became independent. Not many people gave Singapore a chance. But we succeeded. So did Kazakhstan. These are very good lessons and we must remember them.

“This is a small, simple event, but the significance is not small. I hope the people who are moderating social media will capture  this essence.” 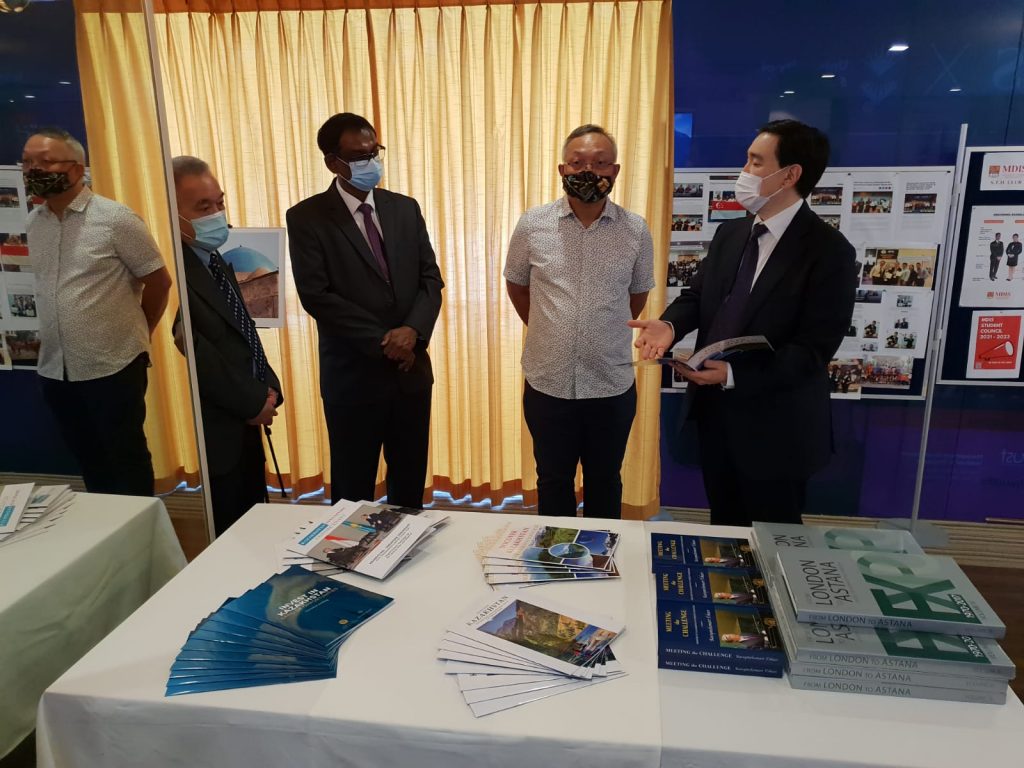 MDIS president Dr Eric Kuan said the institute is proud to host the event. He noted the high level of literacy in Kazakhstan and the government’s support for scientific and technological development.

“Kazakhstan has 18.9 million people and there is 99.8 per cent literacy,” he said. “A lot of money is being pumped into education which is a good proportion of the GDP. Education is one avenue to achieve progress.

“I think that is the right move, like what we are doing in Singapore. A country can progress rapidly, in many areas such as medical, mining and health, by improving the education capability of the people.

“We are looking forward to visiting Kazakhstan and exploring opportunities for collaboration in delivering education.”

Mr Arystanov later took the assembled guests, including Russia’s Chargé d’affaires Olga Kharlamova, MDIS faculty and the media, on a tour of the exhibits and explained their significance.