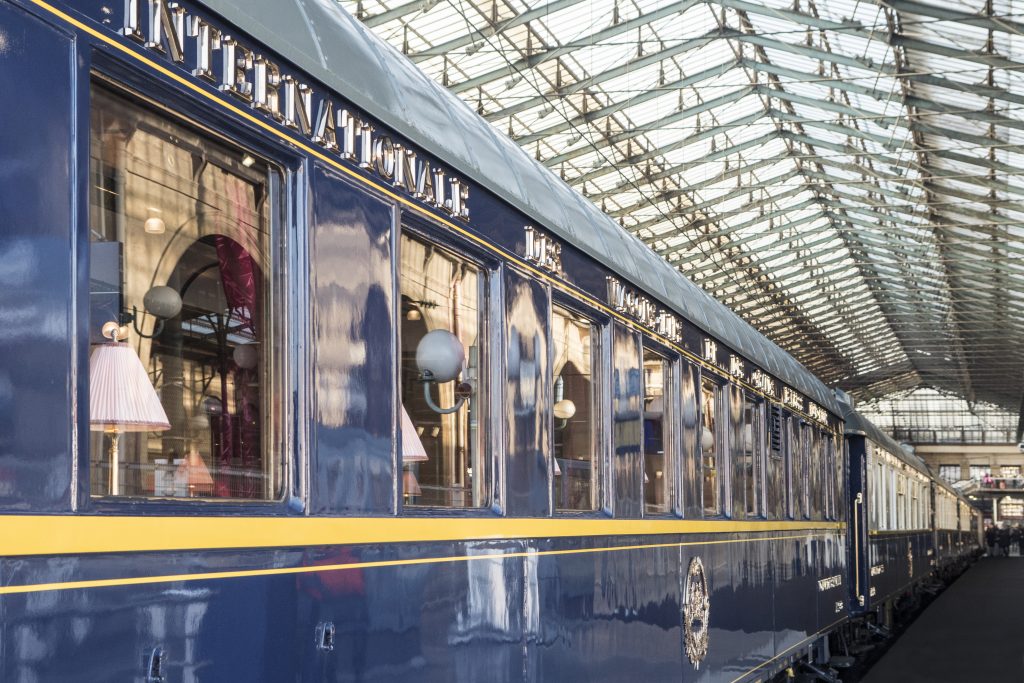 A project that has been many years in the making, and further complicated by the ongoing pandemic, pop-up attraction Once Upon A Time On The Orient Express finally opened at Gardens by the Bay on 12 December 2020.

From the construction of the special infrastructure designed to house  and  preserve  the  showcase  in  ideal  conditions  to  the  transportation  of  the  historical  monument  of carriages from Orient Express, the setting up of artefacts, furniture and displays of the pop-up attraction, it has taken six months for the legendary train to be brought back to life in the national garden of Singapore.

“The launch of this pop-up attraction during these times is a testament to Singapore’s global appeal and also reflects confidence in us as a safe and trusted destination.”

For the first time, two of the original train carriages and locomotive, along with over 300 artefacts have left France to sit within the 2,000m exhibition space within Gardens by the Bay in Singapore.

The mythical carriages of the Orient Express include the fourgon car and a Pullman car built in 1920 with interiors decorated by René Prou, featuring superb lemon burr marquetry inlaid with pewter floral motifs.

Visitors can temporarily bask in the experience of travellers who have used the train for decades, accompanied by the cinematographic dimension of the myth, which owes much to literature and cinema. 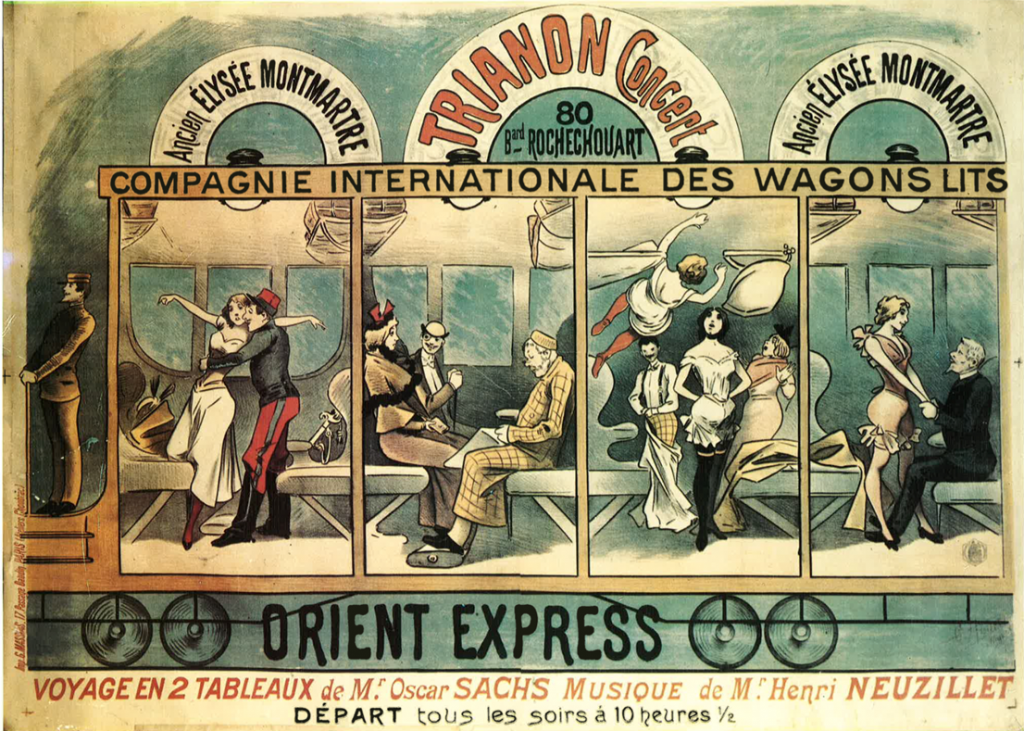 A  keeper  of  the  brand  and  one  of  the  key  enablers  who  have  played  a  crucial  role  in  making  the  project possible  in  Singapore,  VicePresident  and  Executive  Director  of  Orient  Express,  Guillaume  de  Saint  Lager, said: “It’s an extraordinary opportunity to see this exhibition going on a world tour, with Singapore as the first  stop.  Gardens  by  the  Bay  is  a  magnificent  showcase  for  the  Orient  Express  and  echoes  the  exotic dimension of the brand. “We hope, in these complicated times, to take Singaporeans on a journey into the myth of the Orient Express. A true escape for the senses.”

CEO of Gardens by the Bay, Mr Felix Loh, said: “Once Upon A Time On The Orient Express not only brings a  slice  of  French  history,  heritage  and  culture to  Singapore,  but  complements  the  European-themed experiences we have put together at Gardens by the Bay this festive season. With overseas travel on hold for many, we hope to bring a bit of the world to the Gardens so that Singaporeans can spend some quality time with their family and friends during the holidays.”

Historical Artefacts Not To Be Missed
The  Orient  Express  was  known  for  its  lavish  decorations  and  travellers  were  spoilt  like  movie  stars  and royalties.
With its theatrical characteristics, this train has been a universal attraction since its creation in 1883.

A masterpiece in itself, the train is constructed with Cordoba embossed leather ceilings, Lalique crystal bas-reliefs, Gobelins tapestries, velvet curtains from Genoa, silverware, precious tablecloths and crystal fine glasses. With more than 300 pieces of artefacts on display, the objet de arts can be categorised into three groups – art, daily and travel.

Conceived as a luxury train by Founder Georges Nagelmackers, it was a response to the demand for more comfort during long journeys across Europe back in the days.

Visitors will be able to marvel at the display of décor such as Lalique glass plate inlays, René Prou marquetry, restaurant lamps, as well as the dishes used in the dining area, as well as travel objects such as historical Louis Vuitton trunks and garment hangers once used by travellers, displayed in giant trunks.

Some  of  the  key highlights that  visitors can  look  forward  to,  curated  by  General  Commissioner  Claude Mollard:
Oeil de boeuf des voitures Pullman: The Pullman cars’ oeil de boeufor “bull-eye” represents typical Art Deco designs from 1929. It ensures discreet ventilation for the passengers while evolving into a form of identification of the Orient Express. It is used as an element of the Orient Express’ current logo.
Monogrammede la compagnie provenant de la voiture lit numéro 831:  The Compagnie des Wagons-Lit has always ensured the quality and originality of its identification. It is the case of the brass monogram with two lions around a crown that refers to the coat of arms of Belgium. The King of the Belgions, Lepold II, had helped Georges Nagelmackers in his endeavours.
Affiche London Baghdad: At the time of the creation of the Orient Express, the British Empire ruled the seas. However, in order to reach Baghdad, Iran, the British used this train as the railway allowed them to reach India faster than by boat.
Bol à potage: The cutlery used in the train are the result of a specific design: the pieces are silver. The Orient  Express  style  contributes  to the  definition  of the brand  image  of  the legendary  train  due  to  an addition of details that created the brand’s unity and visibility.
Menu français arabe de 1908 pour train spécial pour SA le prince Ismael Kamal Pacha: This 1908 menu shows the already important influence of the French gastronomy on the Egyptian authorities. The vice-King of Egypt and his family theoretically depended on the Ottoman Empire, but in fact enjoyed a great autonomy during a time when power was shared between the Ottomans, the English and the French.
Photo  du  Gezireh:  The  Gezireh  Palace,  today  known  as  the  Marriott  Hotel  in  Cairo, was  built  for  the inauguration  of  the  Suez  Canal  in 1869,  where  Empress  Eugénie  used  to  live  occasionally. The monumental cast-iron decorations made in France were transported by boat. This hotel represented for travellers from the Orient Express, the equivalent in Cairo of the Pera Palace in Istanbul.
Marqueterie  René  Prou: The  1930  Orient  Express  cars  feature  generous  use  of  the  Art  Deco  style, particularly  René  Prou  who specialised  in  marquetry  of  the  liner  cabins  or  railway  cars.  He  later  on collaborates with master glass blower Lalique to create more iconic décor for the carriages.
Malles: The exhibition counts five units of different  trunks used in the 1900s -1920s, designed by the Louis Vuitton Company. They were the strongest and most refined of the period, real portable cabinets created with wood, metal, leather, glass and textiles. The exhibition scenography is based on the use of these trunks concept for the art objects display pattern.
Buste de Georges Nagelmackers:  Georges Nagelmackers was born into a family of bankers in Belgium. His  life  was both  romantic  and  exemplary. In  order  to  interrupt  a  love  affair  with  his  older  cousin,  his family sent him to the United States as a young man. There, he discovered the railway design by Pullman that passes throughout  the  United  States  for  several  days  without  crossing  any  borders.

Inspired  by Pullman, he created Compagnie Internationale des Wagons-Lits in Paris upon his return to Europe. His concept modernised the Pullman system by creating closed sleeping compartments which did not exist in the United States, allowing the preservation of passengers’ privacy.

In 1883, he connected and enabled the travel from Paris to Istanbul in four days for the first time, permitting travellers to go through Europe without having to stop at any borders.

La carte animée: The Orient Express links the East to the West from 1883 to the 1980s, for about a hundred years. The animated map allows to see the political evolution of this period.

Express Pop-Up Restaurant with Double Three Michelin-starred Chef Yannick Alléno
The dining car once served cuisines reflecting countries that passengers journeyed across, with a spread worthy of the greatest Parisian restaurants. As a special gourmet highlight at the pop-up attraction, Michelin-starred chef Yannick Alléno, awarded twice with three Michelin stars, will be offering diners a unique experience to dine lavishly on board the replica Anatolia dining car that will house the pop-up restaurant.

Recipes have been created especially for this showcase, and everything has been carefully curated to reflect and mirror the legendary meals of the era, both in terms of the dishes and the decoration.

Following the codes of French gastronomy and fusion cuisine, whether it is consommé or modern food, Chef Yannick Alleno’s creations are elegant, courteous and creative, the perfect interpretation of the myth of the Orient Express in all its glory.

“Orient Express has given me the chance to express myself through their pop-up restaurant that took place in an Orient Express car situated on the square of the Arab World Institute in Paris in 2014, and  my second collaboration  was  in  2016,  for  “La  Table  Orient  Express”,  the  travelling  restaurant  with  exclusive  dinner experience.  Being  associated  to  a  magical  name  such  as  Orient  Express  for  the third  time  is  a  fabulous opportunity. The Orient Express is a fairy-tale universe linked to travel, culture and gastronomy. It has always spread ‘l’art de vivre à la Française’ (the French art of living) to the entire world. I am very proud to be associated with this project and to be able to offer a pop-up café and restaurant experience made especially for Once Upon in Time on the Orient Express in Singapore,” said Chef Yannick Alléno.

The  full dining experience of lunch, brunch and dinner will be available before Christmas with more information to be revealed at a later date.

Orient Express Road Café
Visitors can also seek respite after  exploring the pop-up attraction at the Orient Express Road Café. This special 40-seater café will give visitors the chance to embark on yet another journey through coffee blends that were discovered and made famous by the many stops along the  Orient  Express  route  such  as  Paris,  Venice,  Vienna  and  Istanbul.
Curated  specially  for  Singapore  by Visionairs in Art, the menu will include the traditional local coffee, Kopi O. Helmed by Chef Alléno, the team will prepare an exquisite selection of dishes aligned with the road map concept.

Reservations will not be required, visitors can also choose to take away their orders.

A Uniquely Singapore Experience
Eligible Singaporeans will be able to purchase tickets for this pop-up attraction using the SingapoRediscover vouchers via different bundled packages from $438++ with Fairmont Singapore which include an overnight stay with breakfast, tickets to Once Upon A Time On The Orient Express exhibition, dining experience in the carriage   as   well   as   a   memento.

Once Upon A Time on The Orient Express is a ticketed exhibition. To gain admission, visitors must first reserve their tickets (access to the booking platform on www.orientexpressexhibition.com).

Admission tickets sold are only available for the selected time and date in accordance with safe management measures.