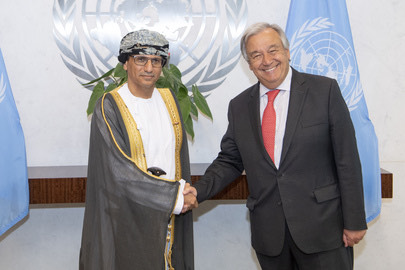 The Sultanate of Oman was named a United Nations Economic and Social Council (ECOSOC) member for the period (2022-2024) on June 8, 20201, after receiving the majority of votes when UN member states convened in New York the previous evening.

Dr Mohammed Awadh al-Hassan, the Sultanate’s Permanent Representative at the UN, said in a statement: “This is yet another podium ascended by the Sultanate in the international arena. The opportunity will be utilised to develop economic and social sectors in the Sultanate within the context of Oman Vision 2040.”

The ECOSOC is the third-highest UN organisation after the General Assembly and the Security Council.
It supervises economic and social plans of member states. For the Sultanate, the strong world support for its membership bid is seen as a recognition of its role and status.
Oman News Agency
Related Items:ECOSOC, Oman, UN member, United Nations Economic and Social Council
Share
Tweet
Share
Email
Click to comment