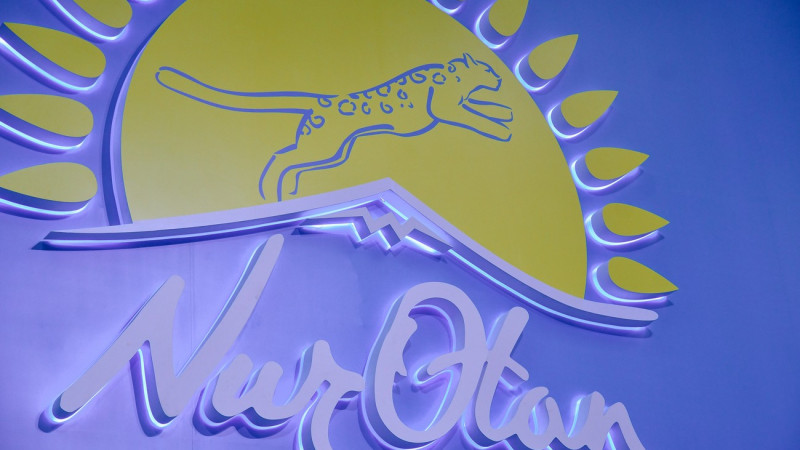 For the first time in the history of Kazakhstan, the Nur Otan party primaries will be held on the scale of country-wide intra-party elections, after which candidates for the Mazhilis (lower house of Parliament) and Maslikhat (local representative body) deputies will be elected.

The elections are due to take place next year.

The government of Kazakhstan has been actively implementing political reforms in the country over the past year. For example, the Law on Peaceful Assemblies has been amended to make it easier to organise and participate in assemblies. Furthermore, the National Council of Public Trust has  been established by President Kassym-Jomart Tokayev to further facilitate the concept of a ‘listening state’.

Amendments have also been made to the Law on Elections, including lowering the threshold for registration of political parties. The organisation of Kazakhstan’s first ever primaries is another step towards democratisation and openness of the political process in the country.

There are a number of benefits to holding party primaries, both for the party and the country itself.

First, the process facilitates the democratic process of choosing potential future candidates, as each member of the party can cast a vote for the nominees. In addition, the process is more competitive as each candidate has to convince the members that they are suitable candidates and will perform to the highest standard if elected to the Mazhilis.

This means that those who display the necessary attributes to become a deputy in Parliament are likely to be selected as candidates. Ultimately, this ensures that only the top candidates are selected.

Second, primaries ensure that new faces have the opportunity to participate in the process. This is especially important for Kazakhstan, which has been undergoing major transformations over the last few years, including the transition of power in 2019.

The First President of Kazakhstan – the Leader of the Nation, Nursultan Nazarbayev, instructed to include at least 30 per cent of women and 20 per cent of young people under the age of 35 in the party lists for each Maslikhat and Mazhilis. In this regard, a unique situation this year is that for the first time in the history of Nur Otan, a certain number of women and youth will be added to the Nur Otan’s party lists.

These requirements were added to the rules for the primaries and approved by the political council of the party. The quota will empower women and their participation in political and civil processes.

Kazakhstan already holds the second highest rate of female representation in parliament among the nations of the Eurasian Economic Union. This rule on quotas will further contribute to the involvement of women in politics and the decision-making process.

In addition, opportunities have opened up for active and capable young people to make a career as a party member and directly contribute to the ongoing modernisation and progress of Kazakhstan.

Today, all political parties, including Nur Otan, realise more than ever that young fellow citizens cannot just be considered as the electorate. They are also their main pool of candidates. But it is not enough to just understand this in theory. There should be new mechanisms for involving young people in the system of political governance.

One of these methods is the participation of young people in the preliminary party elections. Young members of Kazakhstan’s society are the future of the country, who will be responsible for its development and flourishment. It is therefore essential to include them in the political processes and elections as early as possible.

Initially, it was planned to hold the primaries from 30 March to 16 May. But due to the coronavirus pandemic and the quarantine measures in the country, the intra-party elections were postponed. Voting for candidates among Nur Otan members will now be held from August 17 to October 3.

In order to participate in the elections, the candidate must meet the following requirements: be a citizen of Kazakhstan, 25 years old or more, and permanently reside in Kazakhstan for the last 10 years.

The Party Control Committee, as well as regional and territorial commissions of party control, will oversee the conduct of the primaries.

During the primaries, voters will listen to the speeches of the Nur Otan members, as well as learn about their proposed programs and projects. Public debates will be held at conferences of regional, district and city branches. Participation in public debates is mandatory for all candidates.

It is worth noting that the public debates will provide an opportunity for the candidates to address the most pressing issues impacting Kazakhstan’s society today, including economic rehabilitation and growth following the COVID-19 pandemic, standards of living of Kazakh citizens, support for small and medium- sized businesses, the development of civil society, and other key priorities.

Debating these issues during primaries means that the members of the party, as well as the public, are able to learn about the position of the potential candidates on these important issues.

According to the rules, candidates will campaign at their own expense. Financing from legal entities with foreign participation or from foreign citizens or government agencies is prohibited. On the day of the voting, one observer from each candidate may be present at the polling station.

Ultimately, the organisation of primaries by the Nur Otan party is a demonstration that Kazakhstan is willing to modernise and reform its political system to ensure pluralism of opinion, open debate and free competition. This will be a new experience at this level for the party and the country.

Nevertheless, the fact that a decision has been made to organise these primaries demonstrates that the ruling party and the authorities are confident in its abilities and the readiness of Kazakhstan to introduce this new practice. This bodes well for the future of Kazakhstan and its democracy.