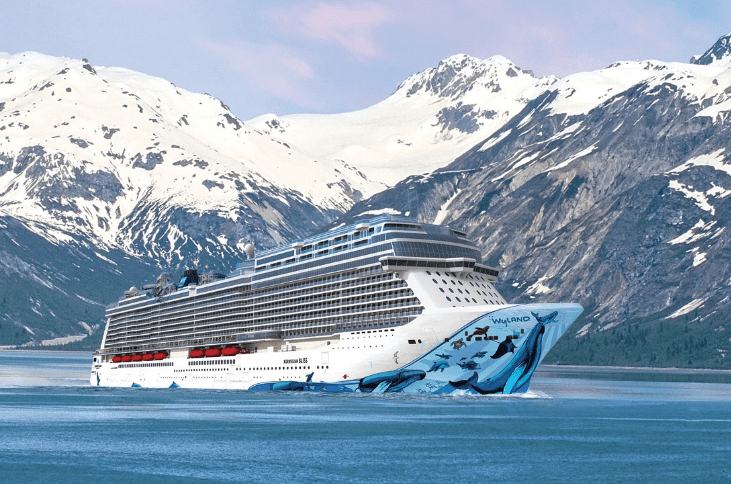 Norwegian Cruise Line has revealed the fleet’s exciting line-up of summer 2019 itineraries, featuring some of the world’s hottest summer destinations. Norwegian’s signature cruising experience, which offers guests the freedom and flexibility to design their ideal vacation, will be available around the globe with five ships sailing in Europe; three cruising to Alaska; two calling on Bermuda; as well as itineraries that include the Bahamas & Florida, the Caribbean, Canada & New England and the Hawaiian islands.

Guests who cruise with Norwegian enjoy a resort-style vacation on some of the youngest ships at sea; they unpack once, then relax as they travel to paradise aboard innovative and action-packed ships that offer up to 27 delicious dining options, Broadway entertainment, more than 20 bars and lounges serving up contemporary craft cocktails and much more. Norwegian’s new itineraries are now open for sale for returning guests and the public.

“We have carefully crafted a mix of itineraries for summer 2019 that provide our guests with an incredible array of cruise vacation experiences in some of the most sought-after destinations across the globe,” said Andy Stuart, president and chief executive officer for Norwegian Cruise Line. “With exotic cultural-centric cruises in Europe, adventure opportunities in Alaska and quintessential summer beach getaways in Bermuda, the Bahamas, the Caribbean and Hawaii, Norwegian Cruise Line’s itinerary options will fulfil every summer travel wish list.”

The youngest fleet to sail to the breathtaking glaciers of Alaska will once again return to the region in the summer of 2019, with Norwegian Bliss, Norwegian Pearl and Norwegian Jewel all cruising to the Last Frontier. After making her debut in summer 2018, Norwegian Bliss will return for her second Alaska season, sailing exciting new seven-day Glacier Bay voyages departing each Sunday from Seattle beginning May 5 through September 22, 2019. The largest and most innovative ship to sail to Alaska, Norwegian Bliss is the first cruise ship custom-built with features and amenities for the ultimate Alaska cruise experience, including extensive observation lounges and an expansive waterfront featuring dining and lounges.

Norwegian Pearl, which underwent an extensive renovation earlier this year as a part of the Norwegian Edge® programme, will sail seven-day Alaska cruises from Seattle departing on Saturdays from May 18 through September 21. Rounding out the Alaska fleet, Norwegian Jewel will return to Vancouver and Seward after a bow to stern enhancement in fall 2018 to sail her incredibly popular seven-day Glacier Bay northbound and Inside Passage southbound Alaska highlights voyages, offering guests the opportunity to combine back-to-back sailings for an immersive 14-day roundtrip cruise.

For the first time since 2010, Norwegian Dawn will return to her first homeport of New York City as essentially a new ship, after undergoing bow to stern enhancements in late 2016. Norwegian Dawn will set sail from Manhattan on seven-day cruises to the Bahamas & Florida, bringing guests the best of beaches, theme parks and sunshine from May 25 to August 31, 2019.

In summer 2019, Norwegian will once again offer guests two convenient departure ports from which to set sail for the pink sand beaches and turquoise blue waters of Bermuda. Guests sailing from Boston will enjoy exploring this exotic Atlantic island from a newer and larger ship, Norwegian Gem, a popular Jewel-class ship that will homeport in Beantown from March 29 through November 8, 2019. Norwegian Escape, which moves to New York City for summer 2018, will continue her stay in the Big Apple through the summer 2019 season, sailing to Bermuda from April 14 until October 20, 2019. Both Norwegian Gem and Norwegian Escape will offer the perfect summer city getaway, with seven-day cruises to Bermuda featuring three full days in port and two overnight stays, so guests can experience the beautiful British territory at their leisure.

Early summer is the best time to enjoy the beauty and stunning scenery of New England and coastal Canada. Norwegian Dawn will offer four, seven-day cruises to this spectacular coast line in May and June 2019, with calls in Halifax, Nova Scotia; Saint John, Bay of Fundy, New Brunswick; Bar Harbor and Portland, Maine; and Newport, Rhode Island.

The romance, history and charm of Europe will be on full display for guests exploring the region aboard Norwegian Getaway, Norwegian Epic, Norwegian Jade, Norwegian Star and Norwegian Spirit.

After a one year hiatus, Norwegian Getaway will once again return to the Baltic, sailing incredibly popular bucket list itineraries departing from Copenhagen that feature several calls in Scandinavia with an overnight in Russia. From June 7 through August 27, 2019, Norwegian Getaway will sail a variety of nine-day sailings with ports-of-call that include Berlin (Warnemünde), Germany; Tallinn, Estonia; Helsinki, Finland; Stockholm, Sweden; an overnight in St. Petersburg, Russia and a day cruising past the Stockholm Archipelago.

The popular Norwegian Epic will return to Europe in summer 2019 to sail seven-day Western Mediterranean cruises, with embarkation available in either Barcelona and Rome (Civitavecchia), showcasing the best of Italy, France and Spain. With departures from May 12 through November 3, 2019, guests sailing aboard Norwegian Epic’s seven-day Western Europe cruises will be delighted by some of the most culturally rich and iconic destinations in the world. Guests will also enjoy 22 dining options, 20 bars and lounges, vibrant Broadway entertainment including Priscilla Queen of the Dessert: The Musical and Burn the Floor, and more.

Following an extensive renovation in 2017, Norwegian Jade will spend her summer 2019 season cruising the azure blue waters of the Greek Isles & Italy from May 12 through October 24, 2019. Norwegian Jade’s 10- and 11-day itineraries from Rome (Civitavecchia) will feature a look into some of the world’s most ancient civilizations with calls in Santorini, Athens (Piraeus), Mykonos, and Crete (Chania), Greece; Valletta, Malta; Messina, Sicily; as well as Naples and Florence/Pisa (Livorno), Italy. Norwegian Star, which will undergo a refurbishment in spring 2018, will also sail the Greek Isles and Eastern Mediterranean, offering primarily seven-day cruises with a small selection of nine-, 10-, 11-, and 12-day sailings departing from Venice, Italy from May 12 through November 10, 2019. Norwegian Star will call on some of Greece’s most enchanting island destinations including Corfu, Santorini, Mykonos and Cephalonia, as well as the outstanding Adriatic destinations of Kotor, Montenegro and Dubrovnik, Croatia on the glimmering Dalmatian Coast.

Norwegian Spirit will home port in Southampton for the summer of 2019 and sail a selection of 10-day or longer once-in-a-lifetime itineraries journeying to the British Isles, Iceland, Norwegian Fjords, the Arctic Circle, and the Baltics. Full itinerary details will be released when the ship opens for sale in mid-January.

As one of the most sought-after tropical and culturally-rich destinations in the world, the islands of Hawaii are best experienced by sea. And Norwegian is the only cruise line that offers a seven-day inter-island itinerary, on the US-flagged Pride of America. Guests will cruise through paradise on a dream vacation with a one-of-a-kind itinerary that offers nearly 100 hours of port time in Hawaii’s main islands, including an overnight in Kahului, Maui; a call in Hilo; Kailua, Kona; an overnight in Nãwiliwili, Kauai; and an afternoon cruising past the breath-taking Nãpali Coast. Norwegian’s Pride of America will depart from Honolulu every Saturday through April 2021.