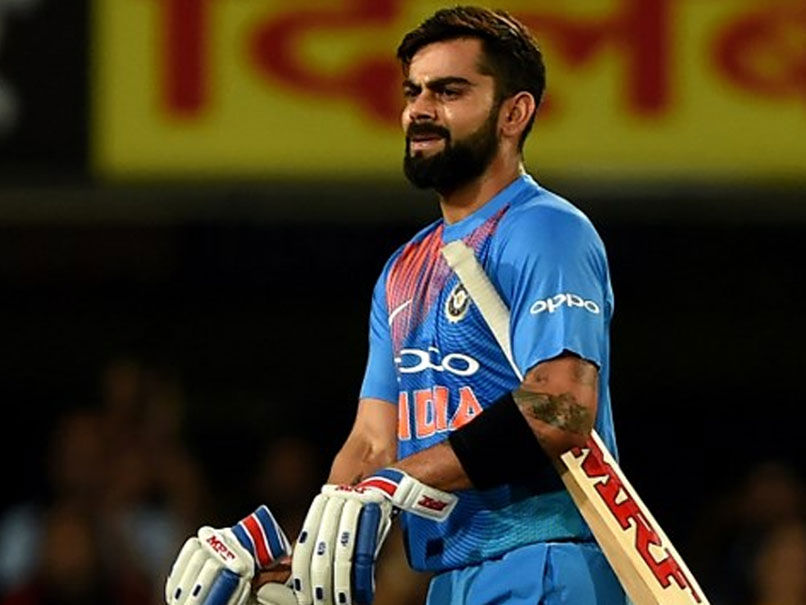 On behalf of the ICC, the mace was presented by ICC Cricket Hall of Famers Sunil Gavaskar and Graeme Pollock at a ceremony in Cape Town at the conclusion of India’s tour of South Africa.

India ensured the No. 1 spot on the ICC Test Team Rankings and a prize of US$1 million after their victory in the Johannesburg Test against South Africa last month ensured that no team can move ahead of them in the Test rankings at the 3 April cut-off date.

India won the prize for a second year running and have now been at the top of the rankings since October 2016. They have also been at the top two times before under Kohli – in January-February 2016 and in August 2016. India’s longest stint at the No. 1 position was from November 2009 to August 2011, when Mahendra Singh Dhoni was the captain.

Kohli said: “It’s truly a great feeling to hold the ICC Test Championship mace again, which is an acknowledgement of our success in the truest format of the game.

“We’re proud of the way we have performed in Test matches over the past couple of years and our performances have reflected in the rankings. The quality of a side is judged in the way players step up when needed, and that is what our boys have done time and again.

“It is heartening to be at the top of the Test rankings in an era when it’s challenging to do consistently well across formats. But that is something that we have managed fairly well and something that I’d like my team to continue doing with their hard work and determination.

“I’d like to thank all players who have been part of our squads during this period and also the support staff for contributing to our success and for helping out in different aspects of the game. I’d also like to thank all our fans for supporting us across the globe.”

ICC Chief Executive David Richardson said: “India has been simply outstanding in Test cricket over the last twelve months and I’d like to congratulate Virat and his team for retaining the Mace. They have produced some memorable moments that will go down in Test match history.

“They are certainly deserving of their number one ranking doing so much to attract fans around the world to Test cricket with their entertaining and attacking style of play and great quality of cricket.”

Gavaskar said: “It’s really nice to be handing over the ICC Test Championship mace once again to the Indian captain. It’s really a huge achievement to do well continuously in Test cricket and Virat should be a really proud man to have led his side to such success in this format.

“Test cricket always tests the class of players and to be acknowledged as the best in the format by the game’s world governing body is really a moment of great pride. Congratulations to Virat and the boys for this accomplishment and wish them all the best for the future.”

Pollock said: “It’s a privilege to be part of this occasion. I’d like to congratulate the Indian team for their consistent performances in Test cricket and Virat for leading the team to continued success.

“It’s a big achievement to become the best in any field and it’s even more difficult to remain at the top. Virat and his boys have done that and deserve every bit of praise in this regard. This shows their fortitude and I am sure they are destined for more success. I wish them all the best for the coming years.”

The Mace was produced by the then British Crown Jeweller Asprey & Garrard in 2001. It was commissioned to make a distinctive prize designed to stand out from other cricket trophies.

The designers produced a 90cm silver and gold-plated trophy based on a cricket stump as its shank, topped by an orb that represents the cricket world – both geographically and through the inclusion of the emblems of all 10 ICC Members that have played Test cricket.

The stump and the orb combine to portray the Mace, regarded as a symbol of authority and prestige. This is regarded as an appropriate combination given the rich history of Test cricket and its image as the most traditional and purest form of the game.

The Mace sits on a wooden base with a silver-plated plaque in front with room for engravings of the sides to hold it.

The Mace was valued at £30,000 in 2001 and automatically passes from one team to another as results confirm a change of leadership in the ICC Test Team Rankings table.