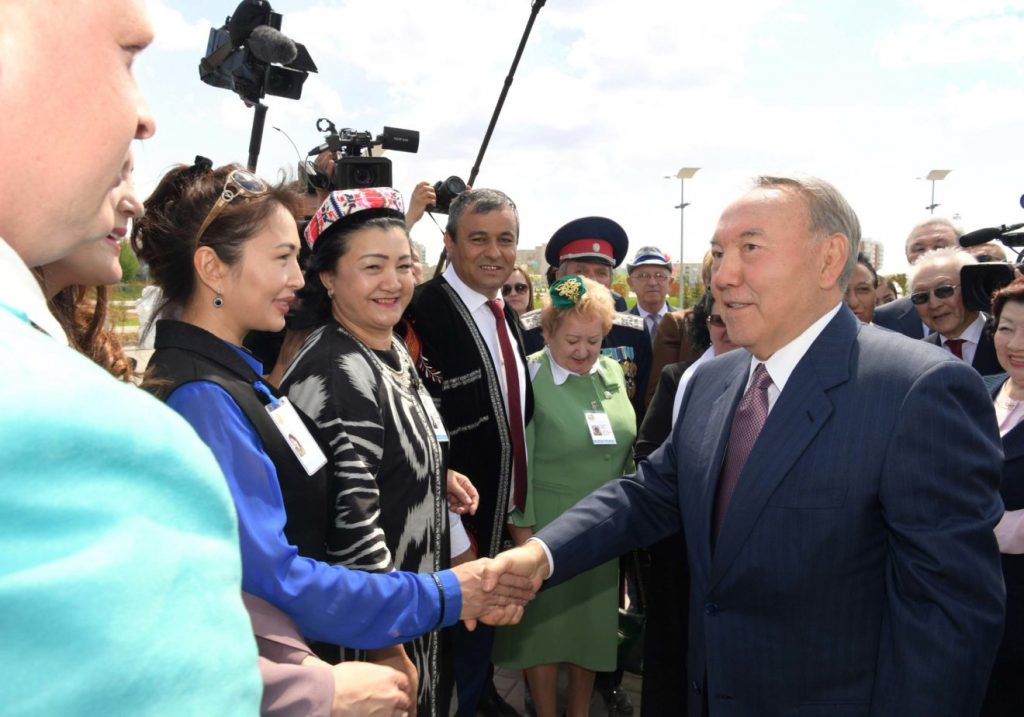 As Kazakhstan marked the Day of the First President on De?ember 1, the occasion carried more significance than usual this year, for Kazakhstan is also marking its 30th anniversary of independence.

As the country looks back on its achievements and progress over the past three decades and looks forward to more accomplishments in the future, there is no denying that First President Nursultan Nazarbayev played a key role in the development and trajectory of Kazakhstan.

Following the country’s declaration of independence in 1991, Mr Nazarbayev realised his vision of creating a vibrant market economy, radically reforming it from what was a centrally planned system that plunged into a deep crisis as the links between enterprises within the Soviet Union collapsed.

By now, Kazakhstan has become one of the top 50 largest and most developed economies in the world, with an ambition to progress to the top 30 by 2050. It is also by far the biggest economy in Central Asia and arguably one of the most attractive destinations in the world for foreign direct investment.

Since 1991, GDP per capita has risen roughly 16-fold and the poverty incidence has fallen sharply, while incomes have increased substantially.

To ensure economic growth, it was first necessary to create a foundation of stability and security for Kazakhstan. This was particularly challenging given the ethnically and religiously sophisticated composition of Kazakhstan and the complicated geopolitical surrounding.

Yet, following the dissolution of the Soviet Union, Mr Nazarbayev skillfully managed to peacefully settle Kazakhstan’s border disputes with all its neighbouring states and implemented a multi-vector diplomatic approach to establishing good relations worldwide.

This not only contributed to regional stability and Kazakhstan’s security, but also positioned the country as a suitable mediator in international crises, which is why it could contribute meaningfully to international efforts in resolving a number of them, including in Syria, Ukraine, as well as around the Iranian nuclear programme in 2015.

As confrontations between countries continue to grow, leading to mutual sanctions, an arms race and an unstable international system, the efforts to mediate the contradictions have certainly been vindicated.

Mr Nazarbayev not only focused his efforts domestically, but also played an active role internationally. Perhaps most significantly he led Kazakhstan to become a world leader in the movement to ban nuclear weapons and ensure nuclear security, after the First President made a decision to close the Semipalatinsk nuclear test site and voluntarily renounce Kazakhstan’s nuclear arsenal after the country’s independence.

Under his leadership, Kazakhstan and the neighbouring countries established the Central Asian Nuclear Weapons Free Zone in 2009. Beyond his endeavours in the non-proliferation sphere, MrNazarbayev led efforts through numerous channels to help Afghanistan rebuild its peace and stability. To this day, Kazakhstan continues to provide humanitarian assistance to Afghanistan.

Mr Nazarbayev also proposed Kazakhstan act as a platform for negotiations involving Russia, Turkey and Iran as guarantor states, the Syrian government and the armed opposition. Since January 2017, 16 rounds of the Astana Process talks have been held in Kazakhstan, which have contributed to a decrease in violence in Syria.

Thanks largely to these and many other international efforts of Mr Nazarbayev, Kazakhstan is seen as a force for good in the world.

It is worth noting the First President’s initiatives in the sphere of establishing and promoting inter-religious and inter-ethnic dialogue. For example, in 2003, the government launched the triennial Congress of Leaders of the World and Traditional Religions.

Finally, Mr Nazarbayev ensured a seamless and successful transition to the country’s second President Kassym-Jomart Tokayev, after he stepped down from power voluntarily in 2019. This has guaranteed stability in the country and further established the foundation for the ongoing democratic development of Kazakhstan.

Exemplified most recently by his announcement of an imminent transfer of the post of Chairman of the Nur Otan Party to Mr Tokayev, Mr Nazarbayev has also consistently shown critically important support for the new President’s policies and his program of reforms. This ensures both continued political stability and dynamic development for the world’s ninth largest nation.

For all these reasons – and many more – Kazakhstan rightly pays tribute to Mr Nazarbayev’s remarkable leadership on the Day of the First President. 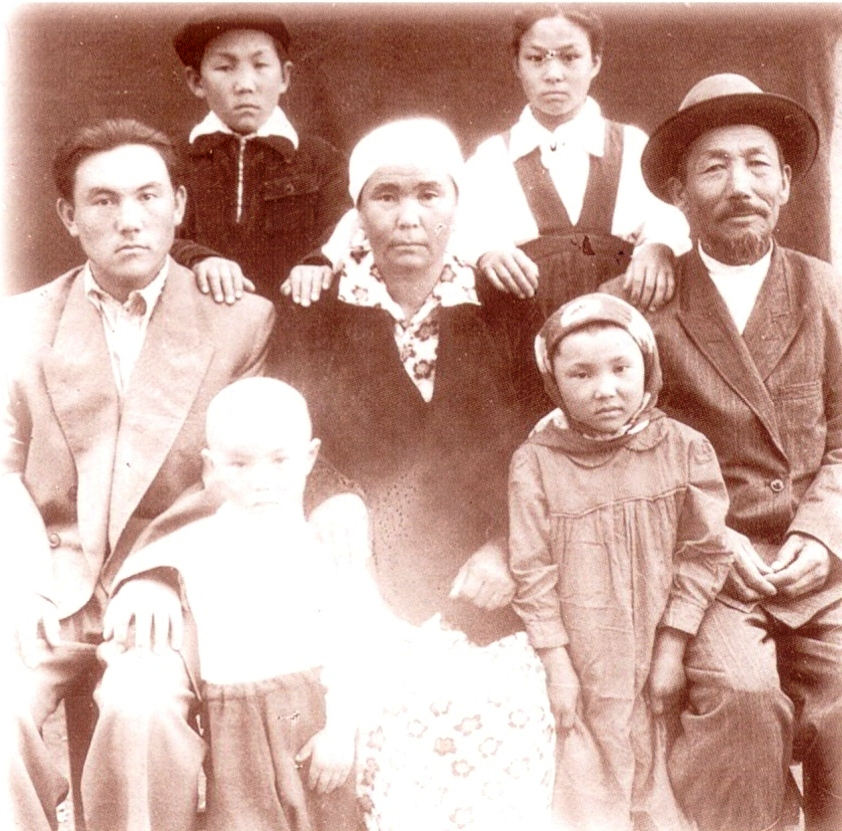 Mr Nazarbayev was born on July 6, 1940, a long-awaited boy, in the family of Abish and Alzhan Nazarbayev in Zhailyau Alatau, Zailiyskiy Alatau.

Relatives offered a variety of names for the newborn. But his grandmother, Myrzabala, suggested: “Let my beloved grandson have two names at the same time, Nur and Sultan, let him be Nursultan.”

Myrzabala played a special role in the development of the grandson’s personality. Mr Nazarbayev’s mother Alzhan recalled how Myrzabala gave advice and admonitions and taught about native folk traditions and signs.

Mr Nazarbayev’s father Abish, born in 1903 at the foot of the Alatau mountain in the family of Nazarbay Biy, was a cheerful, respected man. He was fluent not only in Kazakh, but also in Russian, Balkarian languages.

Alzhan, who was born in 1910 in the family of the mullah of Kasyk aul, Kurday district in the Dzhambul region, sang well. Always cheerful, she taught her son to respect elders and instilled love for national traditions, songs and customs in him.

Mr Nazarbayev’s childhood was affected by the harsh and difficult war and post-war years.

It was a hard, half-starved time. But in the childhood memory of young Nazarbayev, not only the burden and hardships of that time were preserved, but also the warm loving hands of his mother, and the caring attention of his father.

Friendly family, brothers and sisters, parents’ heart-felt songs. The beauty of the brilliant tops of the Alatau and fascinating boyish games. Such was the childhood of all his peers. 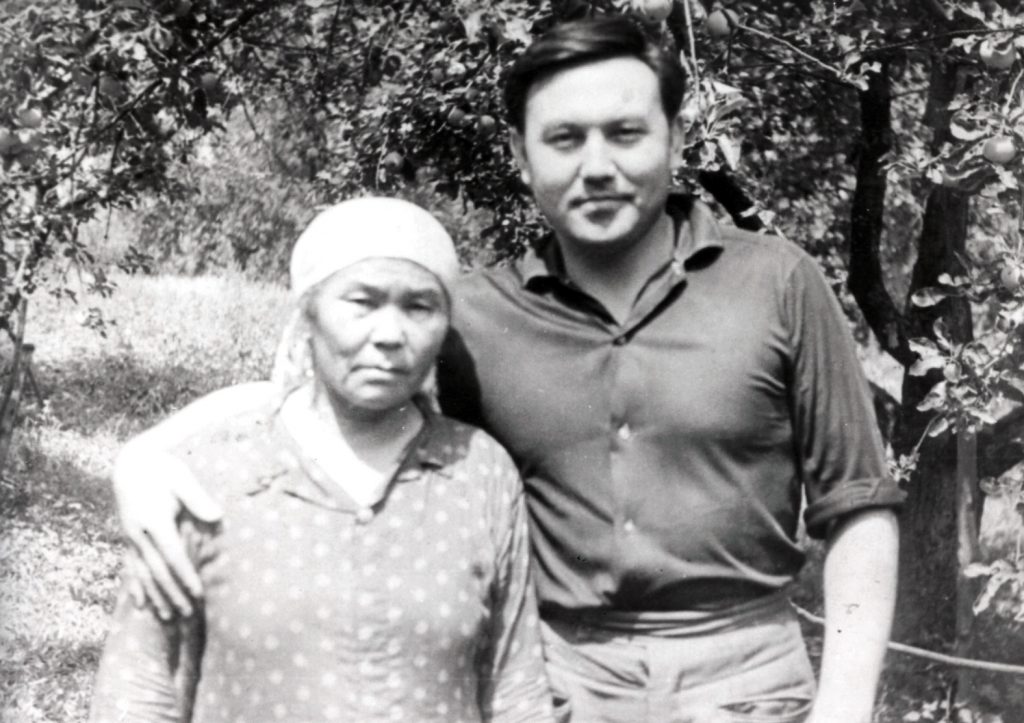 The boy saw that his father never sat idle, and therefore tried to help him in everything. At home, in the garden and in the apple orchard, where he helped his father grow potatoes and apples. He fettled, mowed hay in the mountains together with his father.

Mr Nazarbayev later wrote in one of his books that then no one among the boys made distinction among people – whether one was Kazakh, Ukrainian, Chechen or German: “And how to divide, if a house of a Turk-Meskhetian was next to the house of a Kazakh family, and Bogdan, Richard, Oleg lived in the next ones…”
Friendship and mutual aid were a way of life.

Despite the difficulties, the boys and girls were drawn into the magical world of knowledge, into a joyful and bright future filled with meaning and intelligence.

Mr Nazarbayeb grew up in that fertile environment and went on to become a great leader.