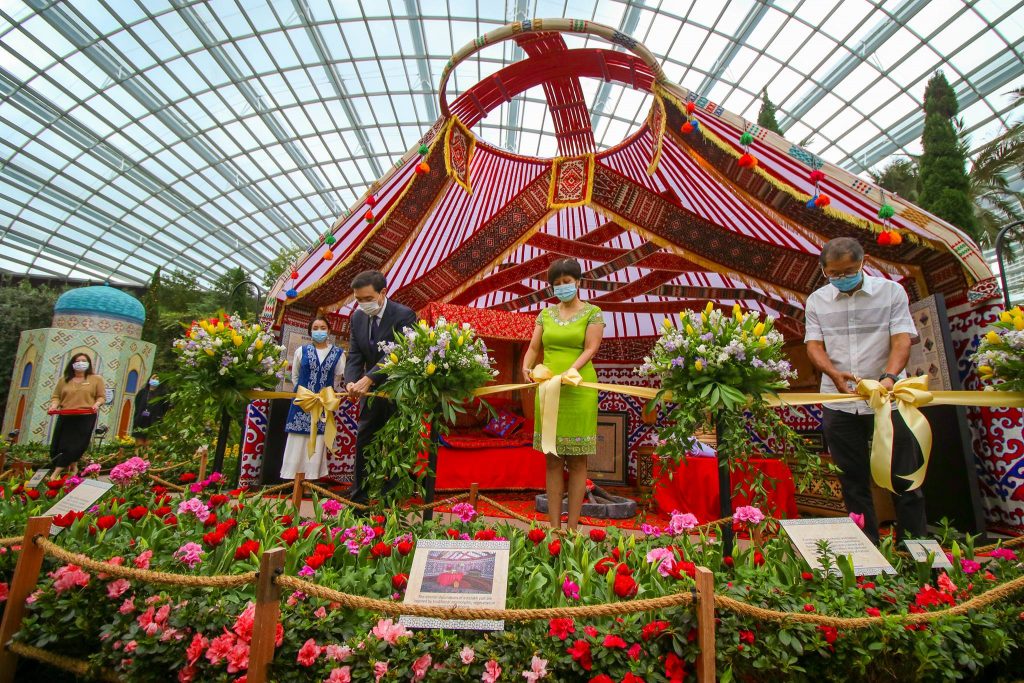 Tulipmania is an annual display of tulips at Gardens by the Bay. This year the event, which takes place from October 7 to November 14, is being held as part of the celebration of the 30th anniversary of Independence of Kazakhstan.

At the launch of Tulipmania on October 7 morning, Gardens by the Bay chief executive Felix Loh said: “Our horticulturists have been working hard to bring this display to fruition with the support of the Embassy of the Republic of Kazakhstan.”

The opening ceremony (above) , which had Singapore’s Second Minister for Finance and National Development Indranee Rajah and Kazakhstan’s Ambassador to Singapore Arken Arystanov as the chief guets, was attended by parliament representatives, academics, business people, diplomats, the general public and Kazakh diaspora. 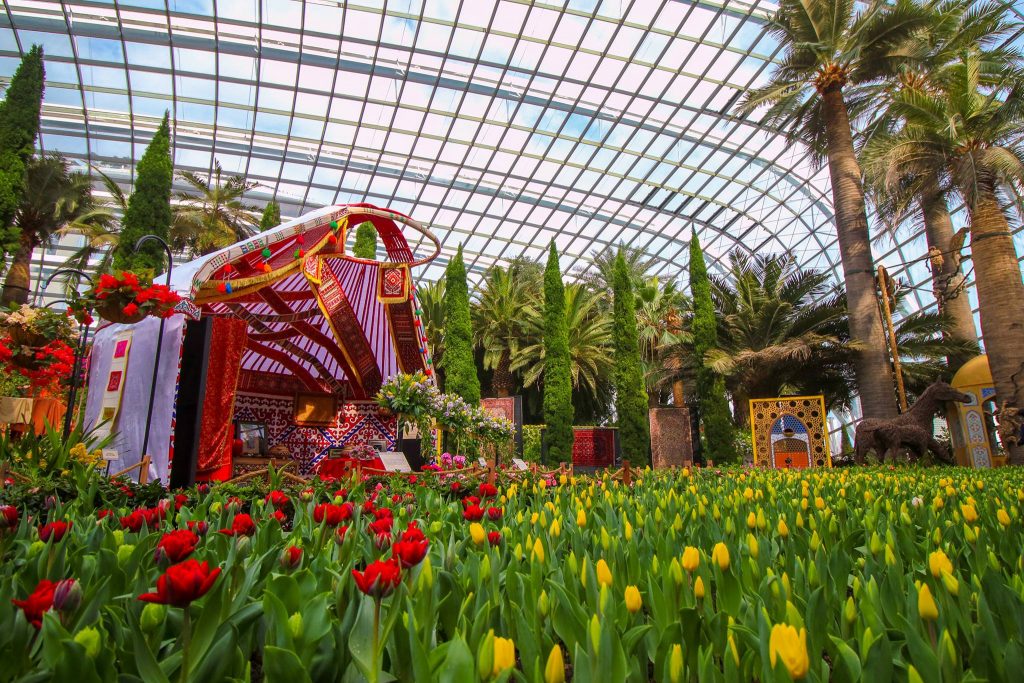 “Tulips first appeared about 10 million years ago in the foothills of the Tien Shan mountains, on the territory of modern Kazakhstan,” said Mr Arystanov.

Legend has it that in the 16th century, part of what is now Kazakhstan was conquered by the Ottoman Empire, which took the tulip bulbs back to Turkey where they were planted in the gardens of the rich people. Every year, when the tulips were in bloom, a big party was held by Sultan Suleyman the First.

Tulips became a symbol of power and wealth and the Ottoman sultans wore a tulip on their turban. As the shape of tulips resembled the turban, the flower was named “tulipan”, or turban in Persian. 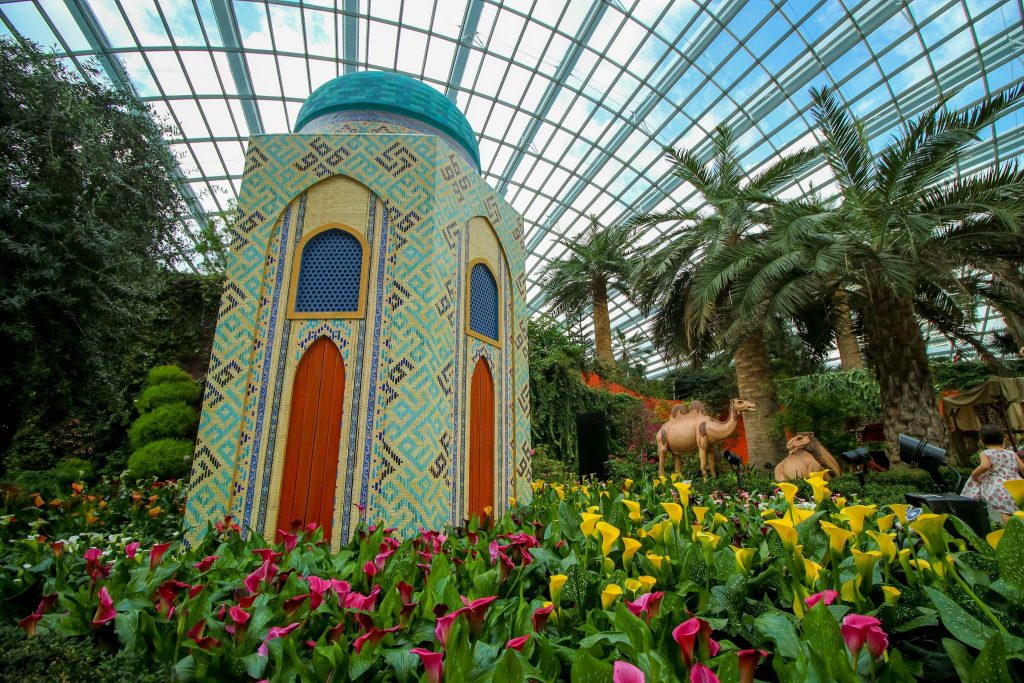 Sultan Suleyman gave tulips to important guests, including the man who managed the gardens of the emperor of Austria and later became head of the oldest botanical garden in the Netherlands. The country’s first tulips were planted there and the Dutch popularised the cultivation of tulips in the 17th century.

“Tulips were scarce and expensive in a time dubbed as the ‘tulip craze’ or ‘tulip mania’,” said Mr Arystanov.

The Kazakhstan Embassy has installed a yurt amid the tulip blooms at Gardens by the Bay. The dwelling of Kazakh nomadic tribes in the steppes of Central Asia is handmade by Kazakh craftsmen using traditional techniques without the use of nails or screws. 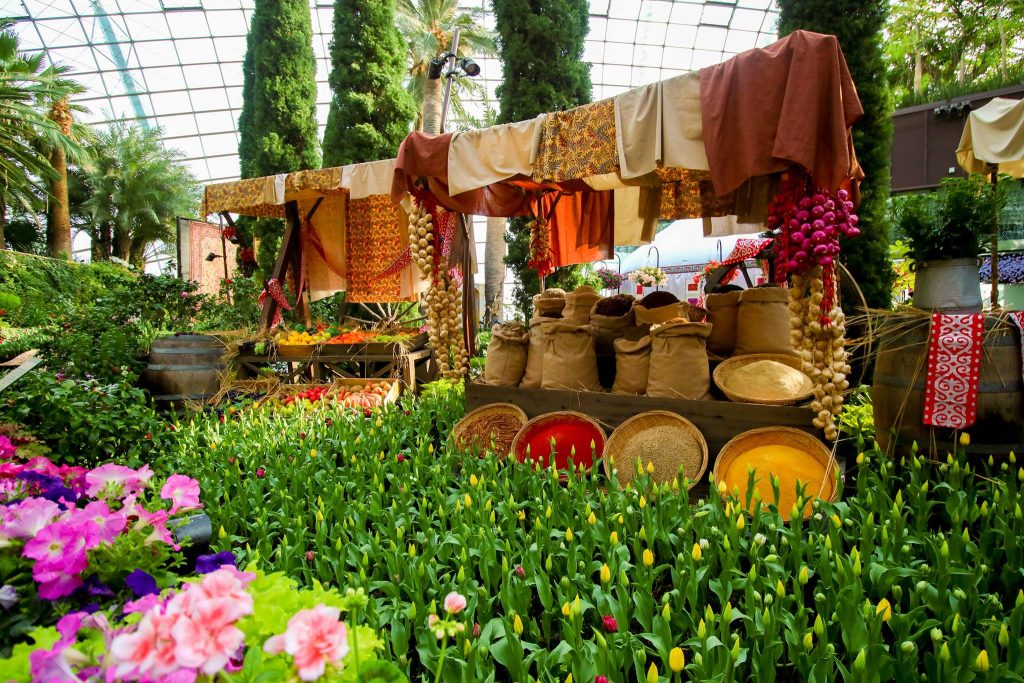 The display also includes a bazaar that shows Kazakhstan’s role as a trading hub along the Silk Route, as well as towers and gates inspired by Timurid dynasty architecture, featuring blue and turquoise geometric patterns.

Visitors can see the tulips at the Flower Dome from 9am to 9pm till November 14.

Admission fees for local residents are $12 for adults and $8 for senior citizens and children. Book tickets on https://www.gardensbythebay.com.sg/