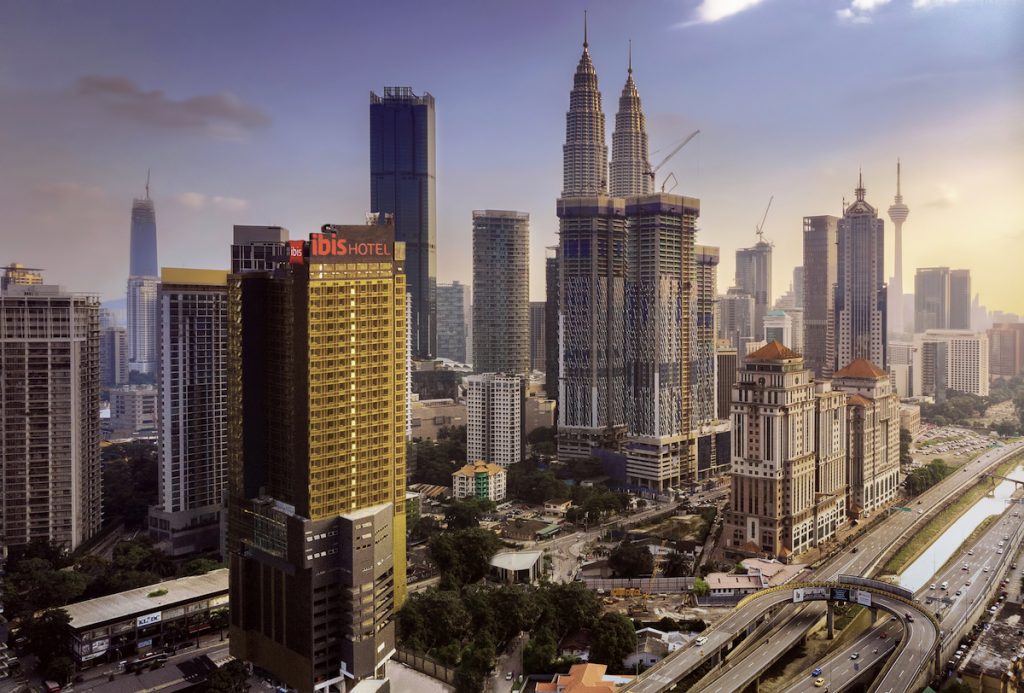 I have been to the ibis hotels in Perth (Murray Street) and the one on Bencoolen Street in Singapore. These two are functional but do not exude class or provide much comfort.

I particularly did not like the lobby at ibis Perth. It was narrow and tight, with hardly any space to manoeuvre or sit in peace and do my own thing.

So, it came as a surprise when I stepped into Ibis Kuala Lumpur (KLCC) recently. Not only was I greeted by two Gurkha guards at the entrance, but one even carried my bags inside.

I was immediately struck by the neatness and the well-structured and furnished lobby. With Chinese New Year around the corner, there were decorations drawing attention to the occasion and the celebrations the hotel will be organising. But what really caught my attention was the check-in desk. There were two uniformed staff quickly registering guests as they lined up in perfect rows. They did their job without any fuss or the guests complaining.

I was told the check-in facilities were available 24 hours.

I looked around and was hooked by the space. The lobby area was huge. This was not like any other ibis hotel I had seen or visualised.

I learnt that ibis KLCC opened in August 2018 and it is the second biggest ibis hotel in the world after the Ibis One Central Hotel in Dubai. Of course, it is the biggest in the Asia-Pacific region with 684 rooms (16 Deluxe) spread over, along with other facilities and offices, 32 floors.

I took a quick look around the room and could not stop myself from jumping into the bed. It looked comfy and nice and was pleasantly so.

It’s called The Sweet Bed. I found out why. The signature bedding, crisp linen and feathery pillows and bolsters were a class apart. I knew I would have no problems sleeping like a baby during my two nights at the hotel.

The room also came with a bathroom that had a Power (high-pressure) Shower, a mirror that lit up at a single touch and real stones in the flooring.

Of course, there was high-speed Wi-Fi, a safe box, a 43-inch TV with connection to several news and entertainment channels and an iron and ironing board.

What about space to place my suitcase and clothes? I found ample room to store my luggage and hang my shirts and trousers.

Before I stepped out at 4.30pm, after my entry into the room at 3pm, I also had time to prepare myself a tea and drink it. The room had coffee and tea-making facilities, including a kettle and mugs and an assortment of sugar sachets and creamers.

So, if this was going to be my home for the next two days, I felt privileged. I had to drag myself out of the room and explore the hotel further.

I wandered into the lobby again and noticed Petite Paris. It is a small outlet with seats that offers comfort food, medicines and hot and cold beverages from 11am to 9pm daily. The name obviously is in deferment to the hotel’s French majority owner, Accor Group.

I settled for a beer and found a vantage position to observe the people staying at the hotel, most of whom appeared to be foreign tourists from Europe, China and Taiwan.

The hotel provides complimentary shuttle service to Petronas Twin Towers, Suria KLCC, Pavilion Shopping Centre and Bukit Bintang MRT station. But I decided to walk because the Kuala Lumpur City Centre is only five minutes away. In fact, the KLCC Park, KLCC Convention Centre, Masjid Asy-Syakirin, National Library, Aquarium and major shopping malls and tourist attractions are only about 10 minutes away by foot.

I wandered around the city centre before having my dinner at Madam Kwan’s at Suria KLCC. It’s a popular restaurant that serves unique Malaysian cuisine.

I returned to ibis KLCC at about 8pm wondering what to do. Then I discovered the Champion Sports Bar (open from 4pm to 10pm daily) on the 31st floor. It offered great views of the KL skyline, including the brightly-lit Petronas Towers.

The alcoholic drinks were a bit pricey. But there was open-mic karaoke all-night long, which a bunch of young visitors from China took advantage of to belt out popular Chinese numbers.

Sitting outside, on the balcony with a row of seats, was really pleasant. I felt like I was smack in the midst of the KL City Centre. It was so close.

After a few beers and snacks, I headed to my room. Needless to say, I slept like a baby as soon as I hit the bed. I had never slept like this in a long, long time.

My second day began with a workout at the 31st floor Gym. It was adequately equipped with treadmills and weights that energised me and gave me a lift early in the morning.

This was followed by a warm shower and breakfast at the 10th floor Kampung Kitchen. It’s a restaurant that serves quintessential Malaysian cuisine. The breakfast buffet starts at 6.30am and goes on till 10.30am, while the a la carte lunch and dinner starts from 10.30am and lasts till 10.30pm.

The food is decent at Kampung Kitchen, which can seat about 300 people.  It also offers magnificent views, from the skyscrapers of the city centre to the old shophouses and residences in Ampang and right up to the hilly backdrop that extends all the way to Genting Highlands.

The average price of a meal is MYR30 per person, while the weekday buffet lunch is priced at MYR35 nett, the weekend buffet lunch at MYR68 nett and the buffet dinner at MYR88 nett.

After a filling breakfast, I walked up to KL City Centre for another round of sight-seeing and shopping. I also stopped at an Irish pub for lunch and to catch the action from the one-day cricket international between Australia and India.

I could not catch the entire match because I had to rush back to ibis KLCC for my 4.30pm appointment at The AsiaSpa. It offers a 20 per cent discount on all services (ranging from MYR160 to MYR34) to in-house guests.

I picked the full-body aromatherapy massage called Aroma Touch (MYR270 for 90 minutes). The Balinese masseuse Sowmini was deft as she soothed my aching body with her nimble fingers. I nearly fell asleep in the luxurious comfort of the spa.

My dinner was at Kampung Kitchen, complete with two glasses of wine, after which I headed for another night of blissful sleep. The mattress was superb as it curved around my body contours.

My return flight to Singapore was scheduled for 2.55pm on the third day. But before that I wanted to check out the infinity pool on the 31st floor. I found it compact and providing stunning views of the KL skyline. There were several families splashing in it and capturing their frolics with the Petronas Towers as the backdrop. Sheer Instagram moments!

As I checked out, I concluded that ibis KLCC is the perfect destination for both leisure and business, as  it also has seven modern meetings rooms at level 11 that meets all conference and event needs.

With capacities ranging between 30 and 250, the meeting rooms are ideal for product launches, training sessions or corporate meetings.

Indeed ibis KLCC is a 4-star hotel ideal for leisure and business travellers looking for an affordable, comfortable and distinctive experience.