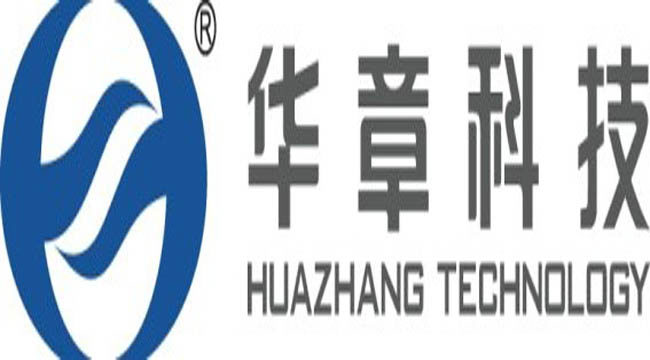 Profit attributable to owners of the parent company increased by approximately 57.6% to RMB48.3 million (the year ended 30 June 2017: RMB30.6 million). Non-GAAP profit for the year amounted to approximately RMB56.7 million, representing an increase of 49.0%.

The Board recommends the payment of a final dividend of 3.0 HK cents per share. The Group has paid final dividends every financial year from 2014, with payout ratios at around 40%.

During the year under review, the paper-making industry continued to benefit from an array of economic and environmental reform and development policies of the Chinese government. The demand-supply relationship further improved and the prices of paper-making rose.

The paper-making industry in China reaped a bumper harvest. The Group actively facilitated the corporate affairs as well as business by upholding the policy principles of "New Huazhang, New Development, New Dream" and creating a new vision of "Integrating Together, Creating Together, Generating Profits Together".

During the year, the Company continued to integrate suppliers and service providers from all sectors of the paper-making industry, and optimised the role of providing all-encompassing services for the papermaking industry through the acquisition of the headbox and logistics businesses. In September 2017, the Group completed the acquisition of Hangzhou MCN Paper Technology Co. Ltd. and Hangzhou Haorong Technology Co. Ltd. (together, the "MCN Group").

To optimise the role of providing all-encompassing services, the Group worked together with a software company to launch an information-based project, so as to integrate design and production for transparent management.

The Group worked together with suppliers and service providers to create new opportunities for development. Taking the headbox business as an example, its headbox products maintained advantages in the sector of printing paper, specialty paper and household paper by relying on the technology and service advantages of the MCN Group. The Group even succeeded in introducing its headbox in the market for packaging paper to strengthen its advantages.

During the year, in addition to delivering the previous businesses for sludge treatment products and wastewater treatment, the Group also undertook a project involving reverse hanging membrane sealing and deodorization for the sewage tank of a paper-making plant, and a RDF product project for a paper-making plant. Upon completion of these projects, the Group possessed the technology in solving the odor problem of paper-making plants and in converting waste residue from paper-making as raw materials into fuel rods.

These projects were demonstration projects of the Group and can be further promoted to existing customers in the future. Moreover, the Group began to deliver supply chain financing services to the paper-making companies in March 2018 to assist them in sourcing raw materials and to provide financing services through the Group's platform and its close relationships with suppliers.

During the year, the overseas business division of the Group actively explored the overseas markets. In the second half of 2017, the Group secured a master contractor contract in respect of slurry, flowing white water recovery system and automation equipment for the 250,000 tons paper machine project of a paper-making plant in Vietnam. In the past year, the Group's sales personnel visited a lot of customers in overseas countries or invited overseas customers to conduct site visits to the Company. The Group believes that the overseas markets are full of opportunities. For the year ended 30 June 2018, the new contract value of the overseas business division was RMB 5.6 million.

The Group created common benefits by working with all parties to optimise its role of providing all-encompassing services. During the year, the Group's new contract value increased by more than 51.4% to approximately RMB1,141.3 million, thanks to the contribution by the headbox business, in addition to the market boom.

For the year ended 30 June 2018, revenue from industrial products increased by approximately57.8% to RMB121.7, of which revenue from the headbox business was approximately RMB32.1 million. Moreover, in terms of project contracting services, with the efforts made by the Group over the past few years, it manages to undertake projects with increasing degree of complexity and increasing contract value.

Looking ahead, Mr. Zhu Gen Rong, the chairman of Huazhang Technology Holding Limited, said: "We expect the paper-making industry is expected to continue its positive momentum, while the market demand for papermaking equipment will keep increasing. The Group is confident in and capable of playing a good role of providing all-encompassing services for the industry by recommending quality equipment suppliers to customers through the platform of Huazhang Technology.

"We will step up efforts in innovation as well as research and development, enabling "Made in China" to include more China created elements and rely more on Chinese equipment and Chinese brands, so that China will become one of the nations that provides complete equipment for the paper-making industry.

"We will seize the opportunities and challenges encountered by the paper-making companies, make timely response to the new direction of "Integrating Together, Creating Together, Generating Profits Together" with appropriate adjustment of strategies so as to take the lead in the market and deliver sustainable business growth for creating more values for all parties."

The Group has been in the paper-making industry for over 17 years. The Group's self-manufacturing system and equipment are custom-built in accordance with the specifications and requirements provided by the Group's customers, which include various papermaking enterprises in the PRC. The group strives to become a leading solution provider and comprehensive service provider for the papermaking industry in the PRC.