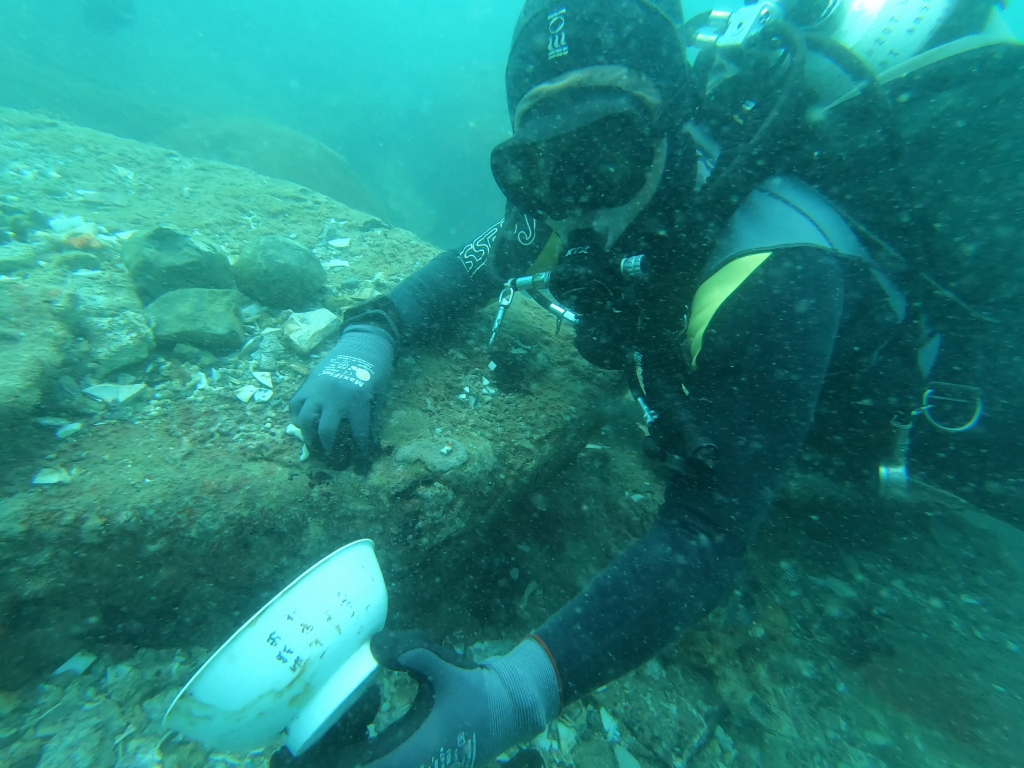 The understanding of Singapore’s maritime history and heritage, dating as far back as the 14th century, will soon be enriched, due to the discovery of two historic shipwrecks within Singapore territorial waters around Pedra Branca and the resulting archaeological research which is still ongoing.

In 2015, some ceramic plates were discovered by divers involved in a maritime operation in Singapore waters around Pedra Branca, which led to the discovery of the first historic shipwreck  about 100m to the north-west of Pedra Branca.

In 2016, the National Heritage Board (NHB) commissioned the Archaeology Unit of the ISEAS-Yusof Ishak Institute (ISEAS) to survey and investigate the site and to conduct excavations to recover wrecks and found objects from Shipwreck

The excavations lasted until 2019, during which further detection surveys conducted by ISEAS in the immediate vicinity led to the discovery of the second historic shipwreck, about 300m east of Pedra Branca. A series of excavations to recover objects from Shipwreck 2 were carried out from 2019 to mid-2021.

As the two shipwrecks were found within Singapore waters, the ownership of the shipwrecks and artefacts are determined by Singapore’s domestic laws.  In accordance with the Merchant Shipping Act, a one-month notice period was given for potential claimants to claim the wrecks. As there were no claims at the end of the window period, the Singapore Government has a statutory right to the unclaimed wrecks and their artefacts.

ISEAS’ findings and research data, based on the recovered artefacts, suggest that the two shipwrecks originate from two different time periods. 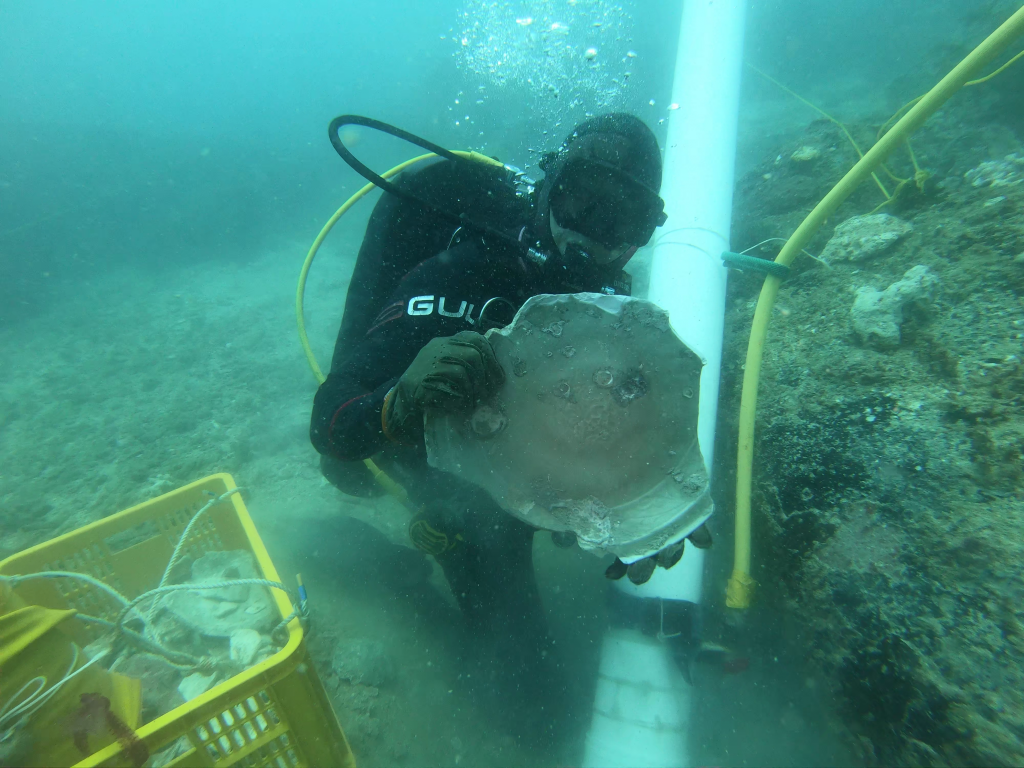 According to ISEAS’ research to date:

* Shipwreck 1 contained Chinese ceramics, which may date back to the 14th century, a period  when Singapore was widely known as Temasek. Direct parallels can be made between the finds from Shipwreck 1 and those from the archaeological excavations at Empress Place (conducted in 2015) and from past excavations at Fort Canning Park.

* Shipwreck 2 is likely to be the Shah Munchah, a merchant vessel built in India, which sank while voyaging from China to India in 1796. Artefacts recovered from Shipwreck 2 include a diverse range of Chinese ceramics and non-ceramic artefacts such as copper-alloy, glass and agate objects, as well as anchors and cannons of the ship. The cannons were typically mounted on merchant ships employed by the East India Company during the 18th and early 19th centuries and were used mostly for defensive purposes and signalling.

* The finds from both Shipwrecks 1 and 2 will contribute towards the research and enhance insights into the maritime trading history of Singapore and the region in their respective time periods.

The artefacts retrieved from the maritime archaeological excavations are currently stored at secured facilities and the process is being managed by NHB and ISEAS. After desalination, they have to be meticulously cleaned, conserved and catalogued. In-depth research and documentation will also need to be carried out. 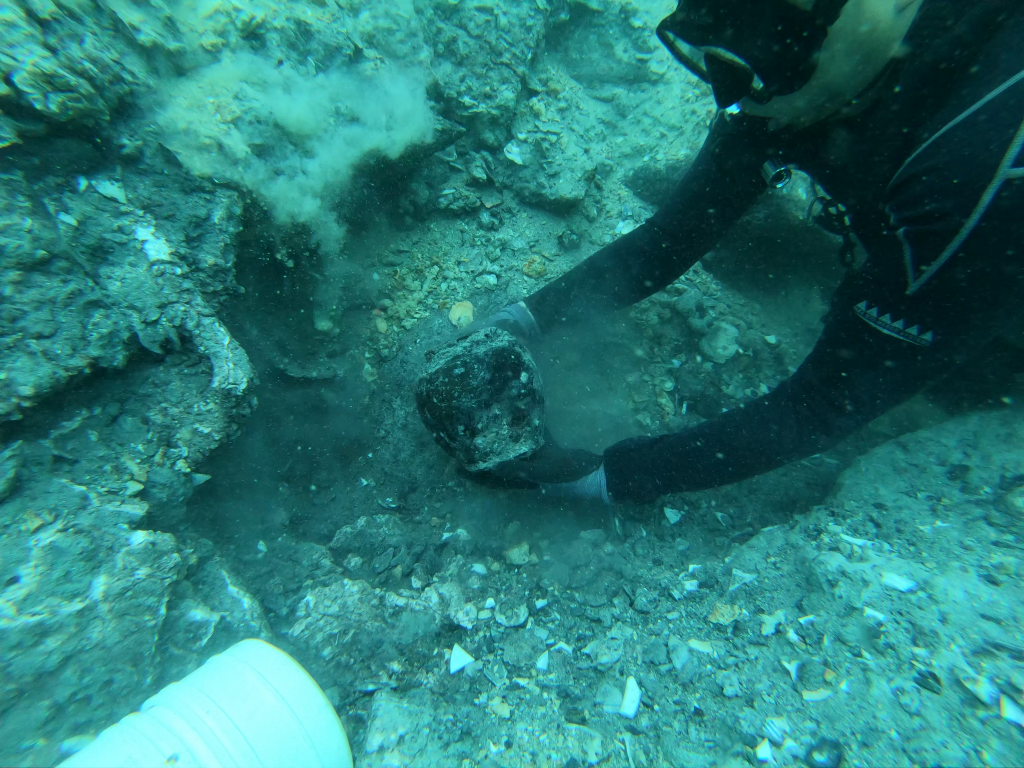 Once the conservation, research and documentation have been completed, NHB will work towards exhibiting the artefacts in its museums, expected to be from end 2021.  Archaeological reports and research papers may also be published by ISEAS.

Mr Yeo Kirk Siang, Director of NHB’s Heritage Research and Assessment, said: “As an island that has been serving as the gateway to Asia for centuries, Singapore today is the legacy of our rich maritime heritage. The wide range and large quantities of artefacts from the two shipwrecks will bring invaluable insights into the maritime trading history of early Singapore and the region, reflecting the interconnectivity of pre-19th century Singapore. We will continue to research on the significance of the artefacts and find ways to promote the knowledge, so as to enable more people to learn about them and Singapore’s maritime history.” 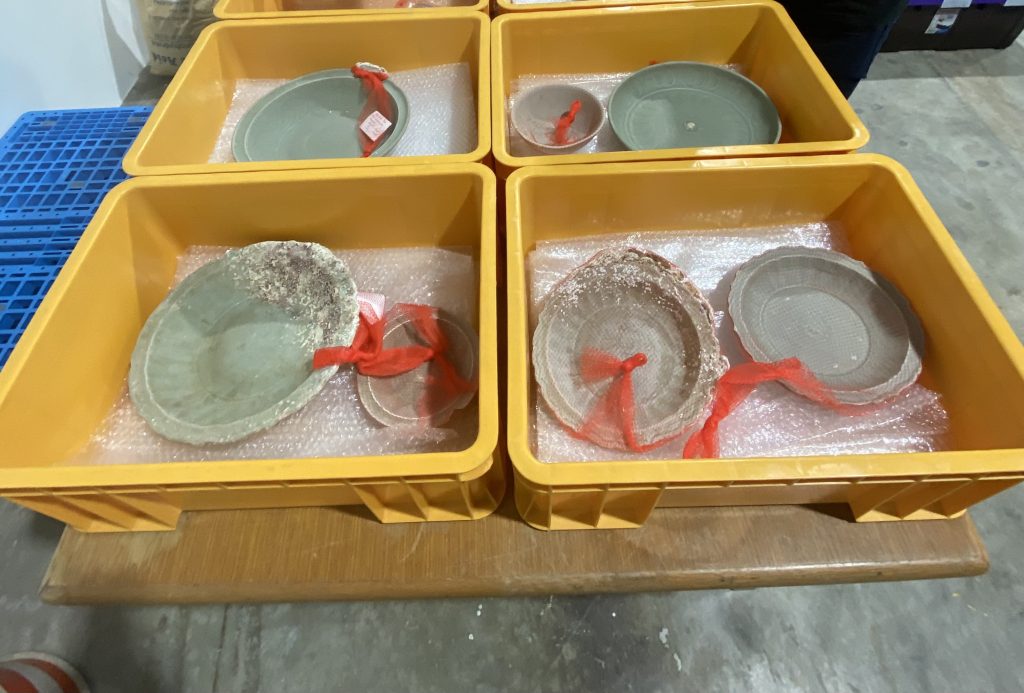 Dr Michael Flecker, Visiting Fellow with Archaeology Unit and Project Director of Maritime Archaeology Projects at ISEAS – Yusof Ishak Institute, who has more than 30 years of experience in the field, said: “Remarkably, the first ancient shipwreck found in Singapore waters seems to be contemporary with 14th century Temasek. Apart from a large cargo of Longquan greenware and other ceramics, she carried more Yuan dynasty blue-and-white porcelain than any other documented shipwreck in the world. Many of the pieces are rare, and one is believed to be unique.

“Shipwreck 2 has been identified as the Shah Munchah which was lost in 1796. Much of her Chinese cargo would have been transshipped in India for the onward voyage to Britain. Had she survived another 23 years, she would almost certainly have called at the re-established port of Singapore. Her incredibly diverse cargo provides great insights into the type of goods that would have been exchanged and purchased by the new inhabitants of this fledgling city.”