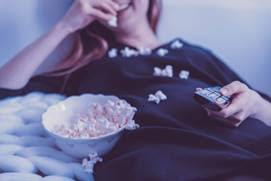 Entertainment buffs rejoice! Emirates has introduced a cool new function on its app to allow customers to create bespoke movies, shows and music playlists ahead of their flight and sync them to their seats once onboard.

With over 4,000 channels of on-demand entertainment, including over 1,000 movies, popular television box sets, tens of thousands of music tracks, podcasts and live news and sports, travellers will now be able to browse the expansive entertainment catalogue at any time through the Emirates app to ensure their inflight entertainment time is fully maximised.

Even better, the multiple award-winning ice entertainment system carries content in 44 languages and each month, over 100 movies are added to the system.

The syncing capability is currently available on over 100 Emirates Boeing 777 aircraft and will be made available progressively across the entire fleet, including A380 aircraft in the coming months.

In view of the newly-launched playlist syncing feature, Emirates shares a series of recommended playlist based on the varying types of entertainment tastes and preferences among travellers:

1. The “Catchup on Latest Releases” Junkie

From A-list celebrities to up and rising newcomers, you know the name of an actor the moment he walks onto the screen. With ice and the latest playlist syncing function, you can plan your inflight entertainment ahead of your trip, and lose no time in catching not only the latest blockbuster films, but also the hottest music releases when onboard. 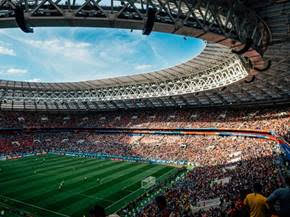 Let the inner fanatic take flight as you indulge in a variety of enriching sports documentaries while on the go. With Emirates’ inflight Live TV, you can catch live matches from the English Premier League, Germany’s Bundesliga and the Champions League, as well as international sporting events including the NFL and NBA, Olympics, tennis and golf majors and Formula 1® while travelling to your next destination.

Documentaries: The History of Football: Football’s Greatest Moments, Andre the Giant, The Race of Their Lives: Clipper Liverpool Arrival.

You are always looking for an adventure on the path less trodden and are game to experience anything quirky, trendy and unique. Satisfy your quest for alternative entertainment picks while traveling with Emirates by curating your very own playlist of independent films and tracks.

Music: Simulation Theory by Muse, Jubilee Road by Tom Odell, Thank You For Today by Death Cab for Cutie

Films and series that frighten terrify the masses leave you yearning for more. You take every jump scare and the goriest of scenes in your stride. Surrounded by fellow travellers, the airplane is possibly the safest place to watch a horror film or two.

Take the binge a notch (literally) higher by bringing the series marathon 40,000 feet above ground! From sidesplitting rom-coms to crime drama that will leave you at the edge of your seat (with the seat-belt on, of course), have a well-spent time onboard the next time you fly with Emirates by queuing your favourite shows ahead of the flight.

Flying with kids can sometimes be a harrowing and challenging experience, especially for long-haul flights. In addition to offerings such as special family check-in desks at Dubai International Airport and Emirates Fly With Me Animals toy to make travelling with children as comfortable and convenient as possible, you can now pick and line up a series of kids-friendly entertainment options pre-flight so that the kids can settle down as soon as they board.

With more than 75 Disney, Marvel, and children’s movies and over 50 TV channels, including Cartoon Network, Nickelodeon, CBeebies & the Disney Channel to choose from, the little ones will be spoilt for choice and kept occupied throughout the trip.

Nur Otan party primaries before elections to Mazhilis in Kazakhstan