Laminated LCD Module Products Contributed Half of the Sales

Driving Up the Average Selling Price to RMB 70.2 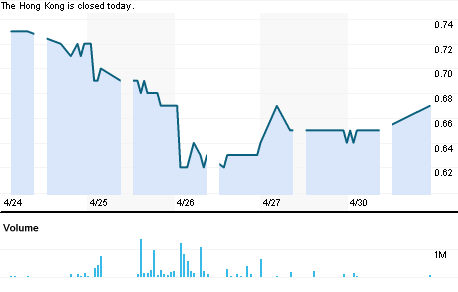 China Display Optoelectronics Technology Holdings Limited ("ChDisplay Opt" or the "Company", together with its subsidiaries, the "Group";HKSE stock code: 334) is pleased to announce its unaudited financial and operating data for the three months ended 31 March 2018 (the "Period").

Given the market demand on full-screen products, the Group acted swiftly, and successfully produced the first batch of full-screen and full-screen notch-cutting module products nationally including LTPS products in July 2017 and February 2018, respectively. In the meantime, the Group captured the opportunity brought forth by the Internet of Things, and launched a partnership with a renowned Internet company in March 2018, which introduced a new smart home end product carrying the Group's display modules to the market.

Mr. LI Jian, Chief Executive Officer of Ch Display Opt, said, "Under the influence of the recent trade war between the United States and China as well as the geopolitical situations, it is expected that the competition in the module industry will continued to be fierce in 2018. The Group will continue to further explore the synergies with Wuhan CSOT, so as to sustain the enhancement of the Group's operational capabilities and competitiveness. Along with the commencement of mass production of Wuhan CDOT, the joint venture, in the fourth quarter of 2017, it is expected that Wuhan CDOT will be able to provide customers with one-stop solutions that combine panel and module, which will allow the Group to attain more new top-tier branded customers. In the meantime, the Group will aim to leverage on the expertise and the increasingly stable panel resources of Wuhan CSOT to constantly optimise the product mix during industrial consolidation stage, and increase the sales proportion of high-end products such as LTPS products, in-cell products, and full-screen products, together with the new capacity of Wuhan CDOT, this will allow the Group to further expand its market share. The Group will actively explore the feasibility of venturing into other business, so as to lay a sound foundation for future operation to maximise the profit and value for the Group and its shareholders."

The Group's revenue by product segments and their respective year-on-year change during the Period are as follows:

The Group's sales volume by product segments and their respective year-on-year changes during the Period are as follows:

Headquartered in China, China Display Optoelectronics Technology Holdings Limited (HKSE stock code: 334) is one of the major providers of small-to-medium-sized display modules in the region. Ch Display Opt engages primarily in the research and development, manufacturing, sales and distribution of LCD modules mainly for handheld mobile devices on an ODM basis. Smartphone LCD module products of Ch Display Opt are welcomed by domestic and overseas manufacturers with sales volume ranking among the top.

For more information, please visit its website at www.cdoth8.com.