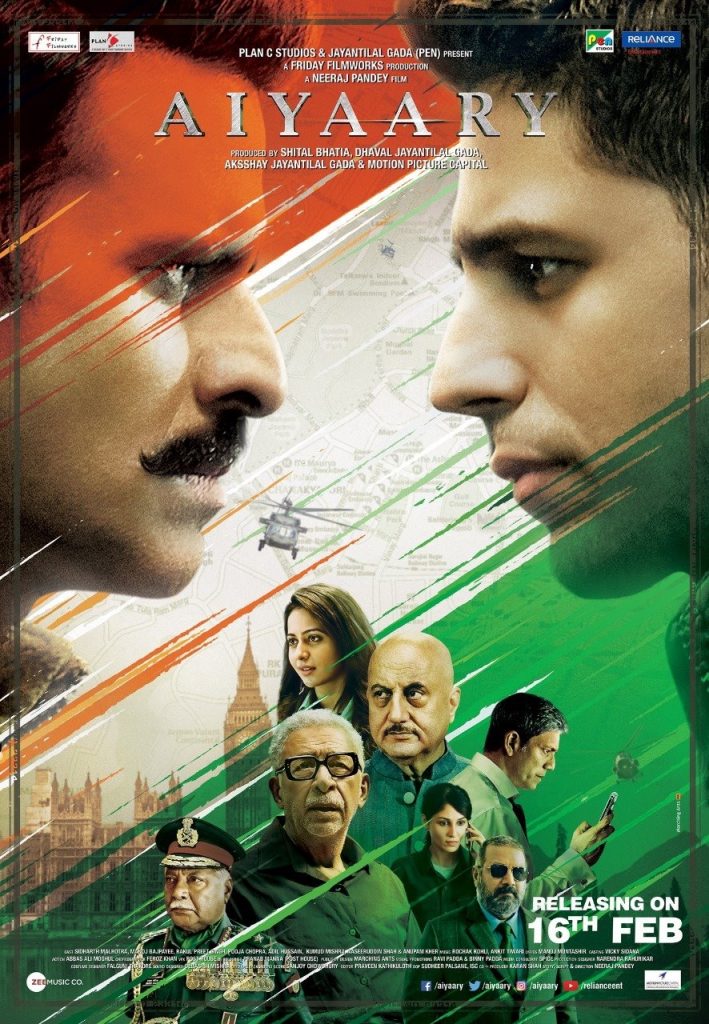 The much-awaited Bollywood action-espionage thriller Aiyaary has finally received clearance from the Indian censor board and will now be released on February 16. Since the film has been set against a military background, the Indian defence ministry had reportedly raised objections about certain scenes.

According to Mumbai Mirror, the film refers to a land scam at the Adarsh Housing Society in Colaba, Mumbai, in 2010 that involved politicians, bureaucrats and certain sections of the army.

The censor board wanted to play it safe and demanded that some of the scenes be edited.

Aiyaary is the creation of master filmmaker Neeraj Pandey, who had earlier produced hits such as Special 26, Baby, MS Dhoni and Wednesday.

With a stellar cast that includes Sidharth Malhotra, Manoj Bajpayee, Anupam Kher and Naseeruddin Shah, the movie explores the lives of two Indian army officers. A mentor. And his protege.

The two officers with a patriotic heart have a fall out. The mentor, Colonel Abhay Singh (Bajpayee), with intelligence par excellence has complete faith in the system of the country. While his protege, Major Jai Bakshi (Malhotra) thinks otherwise because of what he has seen and heard in his recent stint in surveillance.

Jai Bakshi decides to turn rogue and this is what kicks off the story. Abhay has 36 hours to rein in Jai while Jai sits on a secret that can bring down the government.

The film is distributed in Singapore by Darpan Singapore Pte Ltd. It will be screened at Golden Village and Carnival Cinemas.