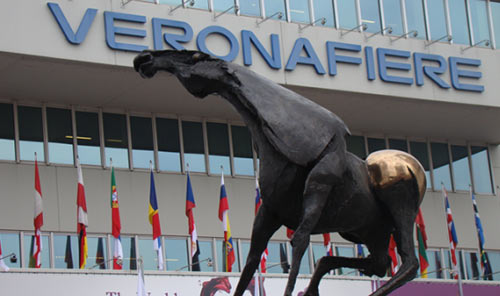 VERONA: Veronafiere inaugurates a new bridge with China for export of one of Made in Italy’s most symbolic products: extra-virgin olive oil.

Along with ongoing collaboration in the wine sector, Veronafiere and the Hong Kong Trade Development Council have signed an agreement and launched an initiative specifically dedicated to olive oil named World of Olive Oil.

The first edition is scheduled in parallel with the Hong Kong International Wine & Spirits Fair from 8-10 November.

The area within the scope of this show and set aside for extra virgin olive oil is named The Sol Intl EVO Oil Show. It will be set up and managed by Sol&Agrifood, thanks to the know-how acquired from Sol itself and the Sol d’Oro International Competition.

The initiative seeks to respond to growing demand for olive oil in China. Imports continue to increase in China: the 2017-2018 olive oil campaign, which ended on 30 September, posted 45,000 tonnes, compared to 44,000 in 2016-2017. A small yet significant increase in a trend that sees consumption in China move closer to that of Japan, which itself imported 55,000 tonnes, up by 1,000 tonnes over the previous year.

Consumption in the island of Taiwan, at 6.5 tonnes, is also significant.

Only ten years ago, consumption of olive oil in these countries was very modest or even non-existent. The first statistics for China date back to 2008-2009, when the country imported 12,000 tonnes, while Japan posted 30,000 and Taiwan 4 tonnes.

The trend for Italian olive oil in China is also very positive and, according to ISTAT data for 2017, recorded turnover worth more than 40 million euros, with a 41% increase compared to the previous year.

Sol Intl EVO Oil Show in Hong Kong is further recognition in Asia of Italy’s role as world leader in the olive oil sector; Italian producers in fact enter the Chinese market thanks to the privileged status of Hong Kong in matters such as border controls, duties and customs procedures for shipping goods to China.

Historically, Hong Kong is also a hub for the rest of the Asian continent.

The Sol Intl EVO Oil Show is organised as a group show as  itis reserved for producers, consortia and associations of extra-virgin olive oil keen to sell, promote and position their products in China.

VeronaFiere offers them turnkey solutions, services and technical support, as well as a convention agreement for shipping olive oils.

In addition to b2b meetings and walk-around tastings, the two-day event in Hong Kong will also include the presentation and a tasting of the award-winning oils of Sol d’Oro Northern and Southern Hemisphere contests, guided by Marino Giorgetti, head of the panel of the Sol d’Oro jury.