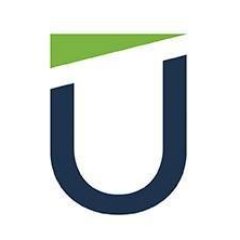 UpChain is the world's first app-oriented blockchain-based fair game platform. It fully leverages on the fair, equitable features and advantages of blockchain technology, while completely subvert the existing traditional gaming industry. The latest launched game, Ethereal Ox has officially started its internal testing. In future, more blockchain-based  games will continue to be launched on the UpChain game entertainment platform.

UpChain's developers expressed that UpChain's main network will be completed online soon, and they will link games in succession as performance allows. The UpChain gaming platform has a comprehensive reward mechanism that will attract more gamers and developers to enter this ecosystem.

Most of UpChain's team members are from the world's top virtual currency exchanges and top game development companies. Their integration will allow for the perfect realization of the "blockchain-based fair game entertainment" concept.

The concept of blockchain began  in 2017, and  Blockchain-related ICOs around the world had caused chaos. The UpChain team secluded to reflect for a long time before finally coming up this game entertainment platform:

"This is the dream fair game entertainment platform, and blockchain technology has helped us realize it. Our previous game development was just as interesting. Players voted to decide which game we would develop online first, and that was implemented by our top development engineers."

UpChain has offices in the United States, the United Kingdom, Japan, Australia and other countries, attracting users develop online games. It will launch multilingual versions to meet the needs of users and developers in different regions. The games launched by UpChain will successively support multiple terminal versions, including WEB, IOS, Android and PC, to indulge the habits of different user groups.