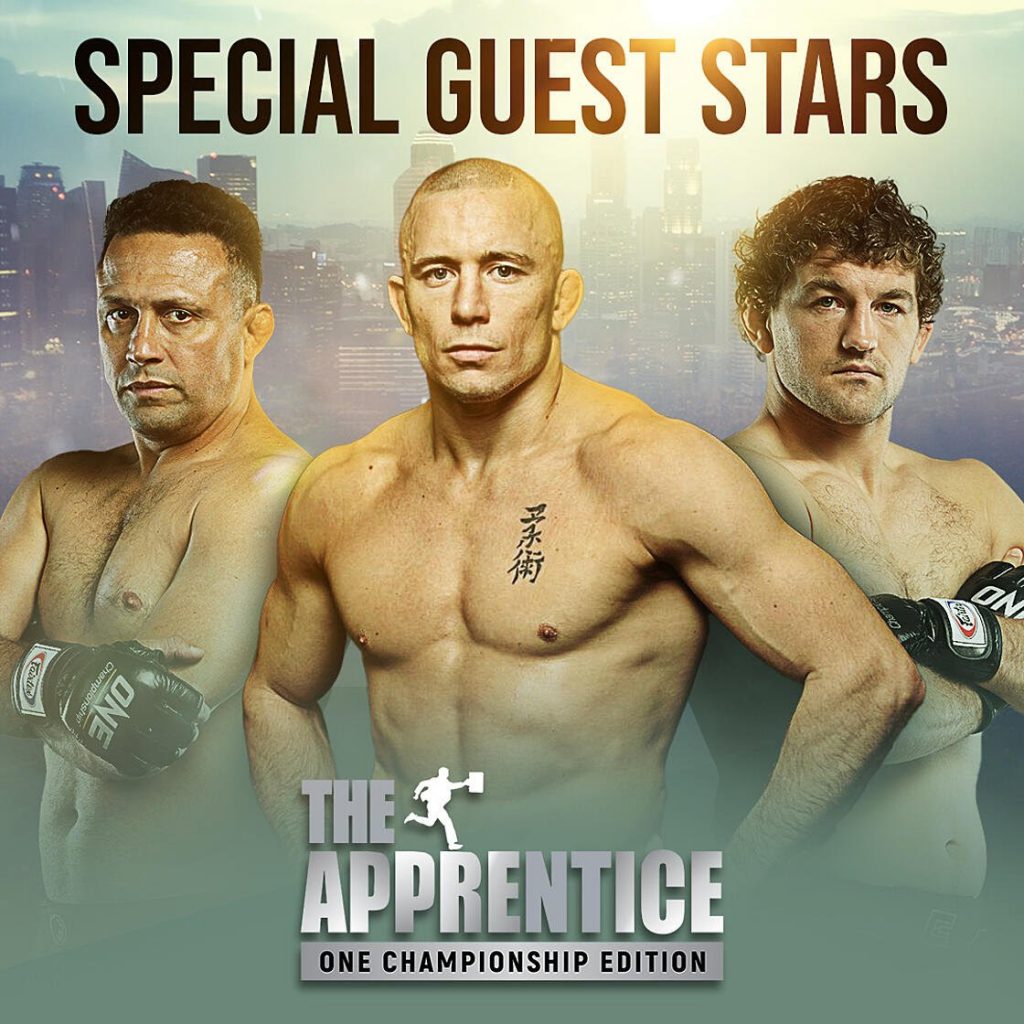 Mixed martial arts legends Georges St-Pierre and Renzo Gracie, as well as former ONE Welterweight World Champion Ben “Funky” Askren will join ONE Championship Chairman and CEO Chatri Sityodtong. They will help guide the show’s 16 contestants in the boardroom and in athletic challenges when ONE’s unique take on the hit reality television show airs in early 2021.

Including St-Pierre, Gracie and Askren, a total of 12 superstar athletes and World Champions are set to guest star on the show. Athletes will participate with contestants in tests of athletic ability and cardio endurance.

“It is my absolute honour to announce that mixed martial arts legend Georges St-Pierre, master Renzo Gracie and former ONE Welterweight World Champion Ben Askren will join me in guiding 16 young entrepreneurs who will compete in the boardroom to become The Apprentice and work by my side at ONE Championship,” said ONE Championship Chairman and CEO Chatri Sityodtong.

“I am beyond excited to fly to Asia to be part of The Apprentice: ONE Championship Edition. Chatri is a great leader and entrepreneur, and it is an honor for me to guest star alongside him on the show and learn everything that I can. I hope to share my insight and knowledge in business, as well as how it is to be an elite athlete, with the contestants and help them become successful,” said St-Pierre.

“Chatri is a personal friend and I’ve seen him build ONE Championship into an immensely successful business today. I have tremendous respect for the way Chatri leads and runs his company and I am truly honoured to be able to join him in discovering The Apprentice on one of the biggest reality TV shows in history! I can’t wait to meet the contestants and work with them on any challenge,” said Gracie.

“It feels great to be able to be back working with ONE Championship again, although this time it will be outside the ONE Circle. I can’t wait to bring the ‘Funky’ into the boardroom and share some of my experience in business and athletics with the participants. I am sure we will have so much fun on the show,” said Askren.

The Apprentice: ONE Championship Edition invites 16 contestants handpicked from around the world to compete in a high-stakes game of business and physical challenges. The winner will receive a US$250,000 job offer to work directly under Chairman and CEO Chatri Sityodtong for a year as his protege in Singapore.

The Apprentice is one of the world’s biggest non-scripted reality TV programmes in history that judges the business skills of a group of contestants competing for a job offer with a high-profile CEO. It has aired in over 120 countries. The first season of The Apprentice: ONE Championship Edition will consist o13 episodes.

For more information on The Apprentice: ONE Championship Edition, please visit: http://onefc.com/the-apprentice/

250 fans can watch ONE: INSIDE THE MATRIX bouts
MMA fighters talk about ONE: BIG BANG bouts
To Top