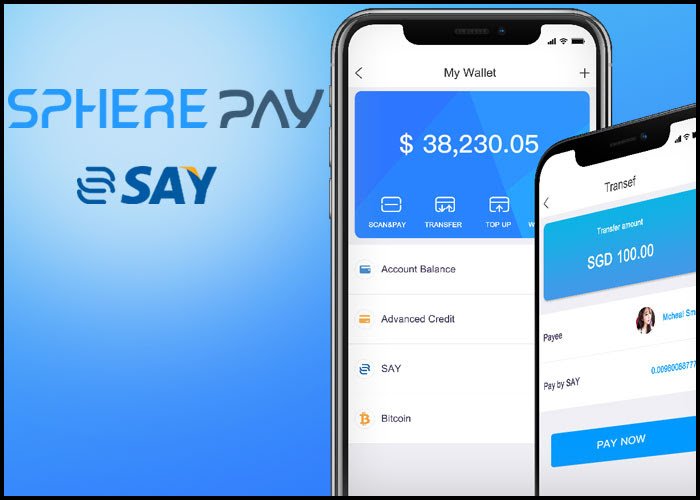 Singapore-homegrown mobile payment company SpherePay announced on February 26  its strategic partnership with one of China's leading blockchain companies Titanium. Titanium Value later confirmed its investment into the SpherePay cryptocurrency project SAY as part of its globalisation plan to penetrate the Southeast Asian market. The investment value was not disclosed. Titanium has been registered on many exchanges and has a current market capitalisation of about 160 million yuan (US$25 million). The company said it is committed to the development of the public chain ecosystem beyond the existing blockchain, combining IPFS systems to solve existing financial problems and a large number of network storage idling issues. Its main feature is encrypted distributed storage with smart contracts based on graphene technology. SpherePay, which recently launched SAY, a cryptocurrency project that will allow its users to pay using virtual currency in real-life scenes through their mobile app, has secured several partnerships including with oBike, a well-known Singapore owned bike-sharing company, to provide direct payments to cyclists via cryptocurrencies such as BTC, ETH, DASH, OCN, TRUE, TV and SAY. Other significant partnerships include Odyssey (OCN), TrueChain (TRUE) and DATx (DATx). Titanium has made a strategic investment in SpherePay mainly to tap into the Singapore company's strong market access in Southeast Asia. SpherePay is also looking out to lead the way for innovation and has taken a bold step to introduce the encryption of real money with blockchain technology. SpherePay has been developed by OPG Asia, a company founded in Singapore in 2017. OPG is the world's leading provider of financial innovation and payment services. The company is committed to the development of electronic business and operations to improve the operational efficiency of the society as a whole. With the support of cloud computing, OPG has developed SpherePay, which is a mobile application with secured online payment, fund management and consumer finance.  OPG ensures that all data is protected and secured. This allows consumers to have a fast, hassle free and convenient experience, and ensure its merchant partners have a safe, reliable and efficient payment gateway platform. Launched in Singapore in November 2017, SpherePay has quickly become one of the biggest mobile payment platform providers in South East Asia servicing over 5 million users and over 10,000 merchants. SpherePay has a target to acquire over 10 million users in the region by the end of 2018.
Related Items:OPG Asia, SpherePay, Titanium Value
Share
Tweet
Share
Email
Click to comment