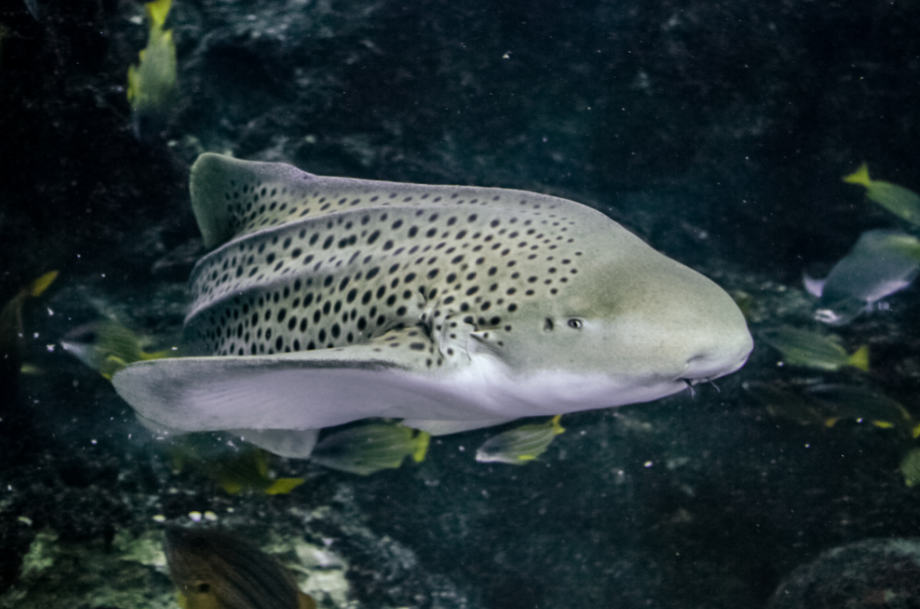 It is double the celebration and twice the fun for Resorts World Sentosa’s (RWS) S.E.A. Aquarium this August as the “miracle” zebra shark Vanda (above) turned five on the same day (August 9) as Singapore celebrated its birthday, while another “miracle” baby zebra shark, Hope (below), makes her debut. 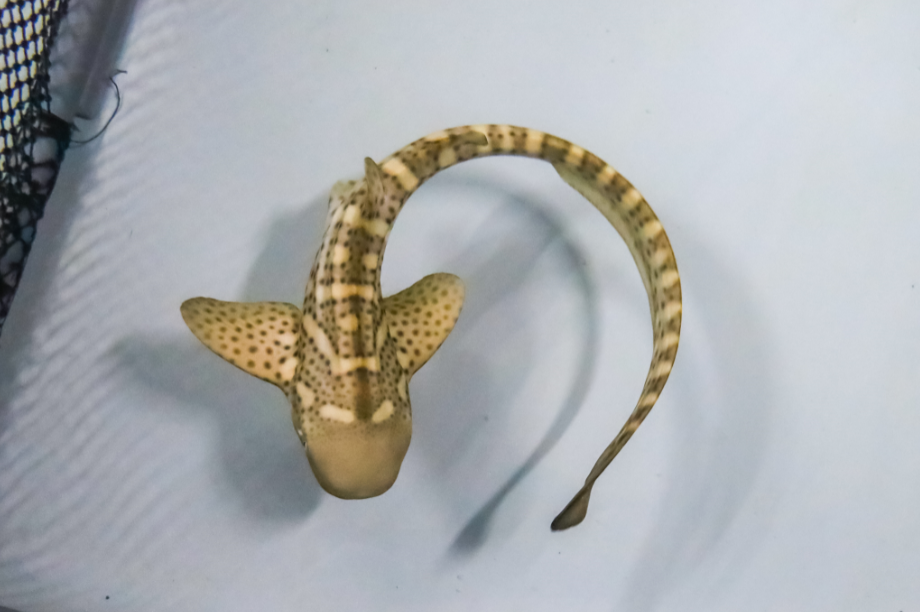 Vanda, who celebrated her fifth birthday on National Day (Aug 9), sports black spots against her brown body, while baby Hope, who recently turned seven months old, can be seen with a mixture of stripes and spots. As zebra sharks (Stegostoma fasciatum) grow, the black-and-white stripes, resembling that of a zebra, gradually fade away and they develop spots instead. Photos: Resorts World Sentosa

A shy yet inquisitive individual who is specific about what she likes to eat, Vanda was treated to a specially-made iced seafood cake – containing her favourite foods such as mackerel, tuna, crab, squid and prawn – that was put together by the aquarium’s curatorial team.

In addition to being a delectable treat, the iced cake also served as a form of enrichment activity for Vanda to engage her in a safe environment as she would have to manipulate the cake in order to obtain her food.

Kenneth Kwan, Aquarist at S.E.A. Aquarium, said: “Vanda has been under my personal care for the past five years and I am very happy she has grown up healthily and is now one of the stars of the aquarium. Initially, we thought Vanda would be a one-off birth, but to our pleasant surprise, sometime in early January this year, we discovered yet another egg case with a developing embryo. After caring for the egg, Hope was hatched on 9 January 2021 and we decided to name her as such to signify a new and positive dawn for zebra sharks, which are listed as vulnerable in the IUCN* Red List of Threatened Species.” 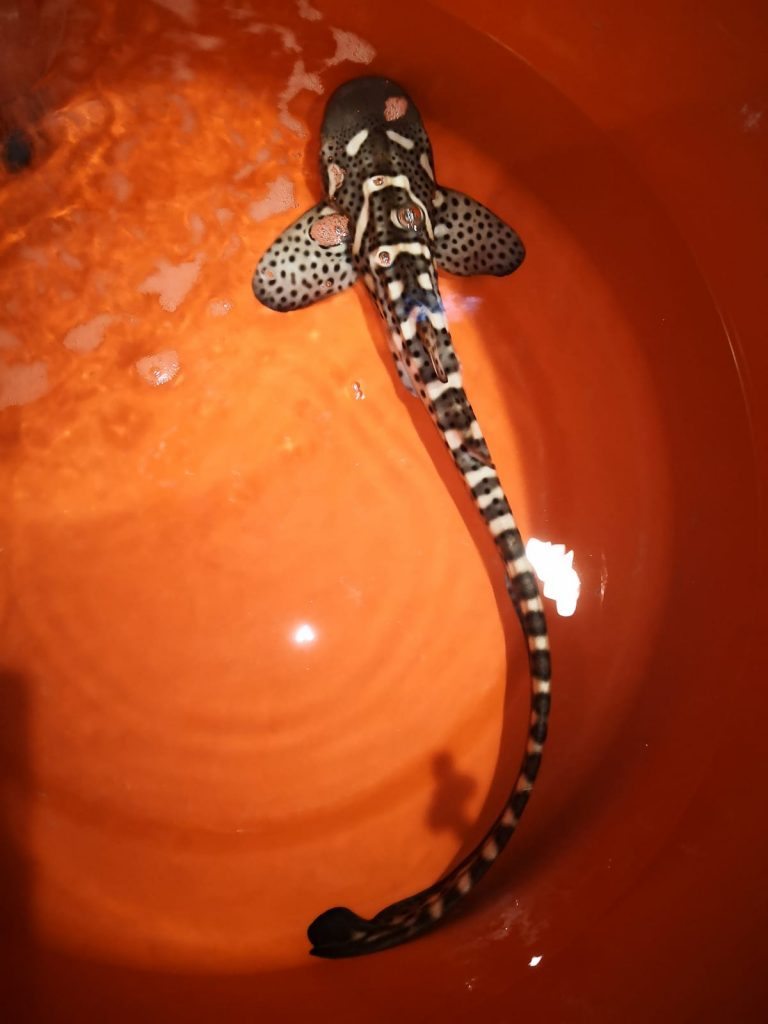 Hope is bright, measures approximately 80cm in length and sports a mixture of stripes and spots against her brownish body now. Both zebra sharks are “miracle babies” as the aquarists strongly believe that they were hatched asexually in the absence of a male, via a natural process called parthenogenesis. This rare phenomenon is believed among experts to be an invaluable survival mechanism in the absence of a suitable male shark.

Members of the public can head to the aquarium to learn more about Vanda and spot her in the Shipwreck Habitat.

For the month of August 2021, and as part of the nation’s 56th birthday, families can purchase S$56 deals to RWS’ various award-winning attractions. These include two one-day adult tickets to S.E.A. Aquarium or Adventure Cove Waterpark, as well as a 15% discount for a one-day adult ticket to Universal Studios Singapore.

Enrichment for the well-being of zebra sharks: Recall-and-feed method

This is a method which aquarists use to provide a form of enrichment for Vanda and Hope.* Enrichment programmes allow aquarists to conduct physical and health checks on the zebra sharks safely and easily. 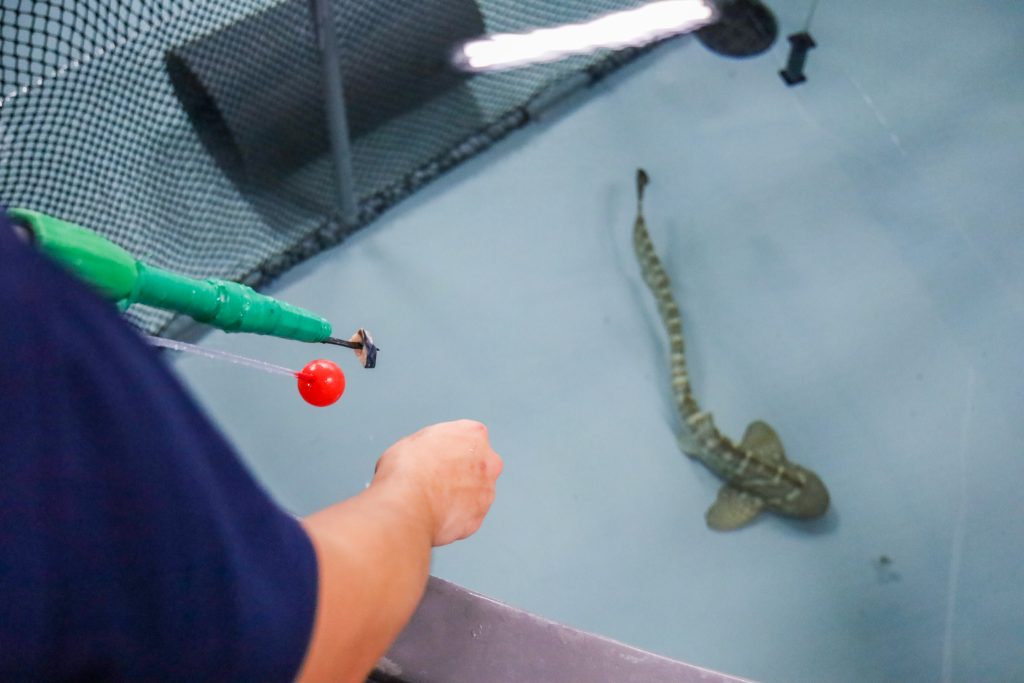 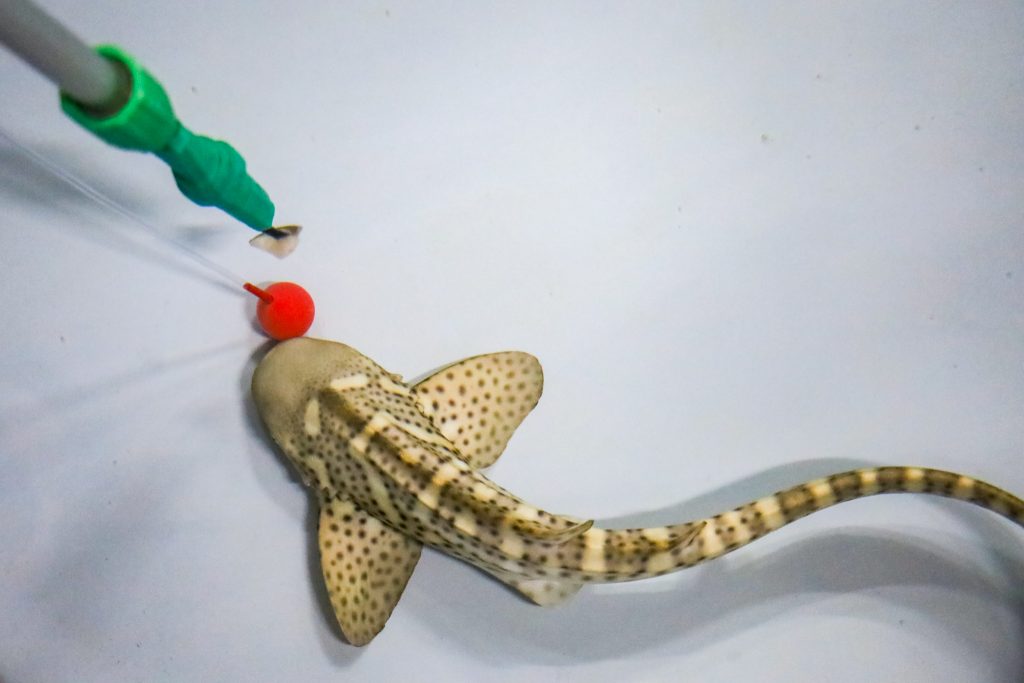 As the zebra shark approaches the target, aquarists stop moving the pole. The zebra shark will then use her nose to gently push against the ball. 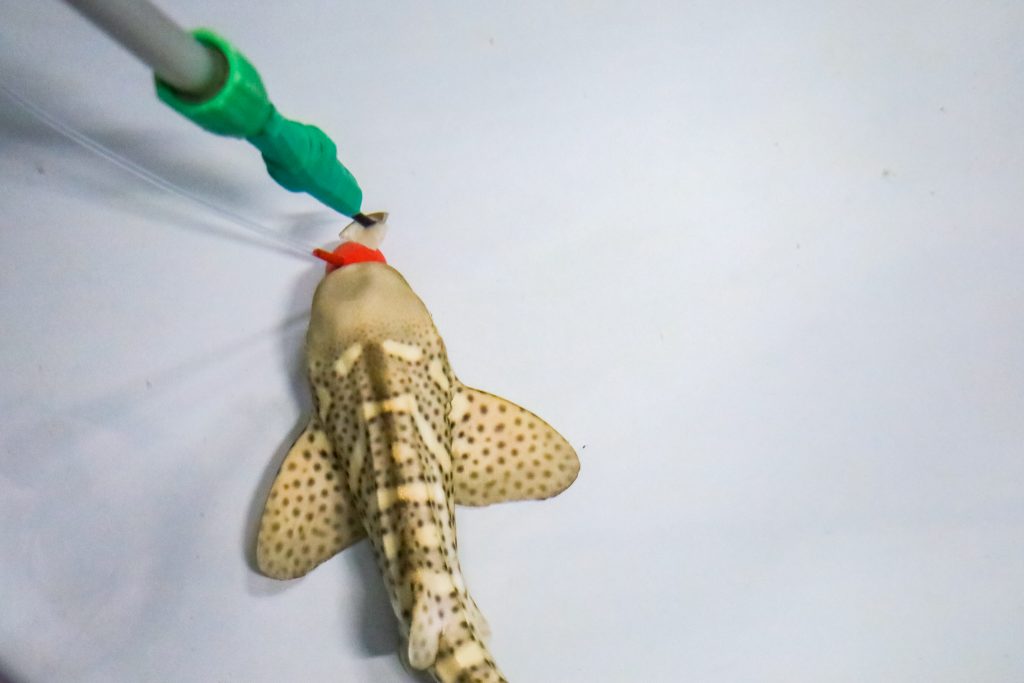 Once the zebra shark has approached the target, aquarists then present the feed directly to her mouth, a form of positive reinforcement when they successfully complete the desired action. 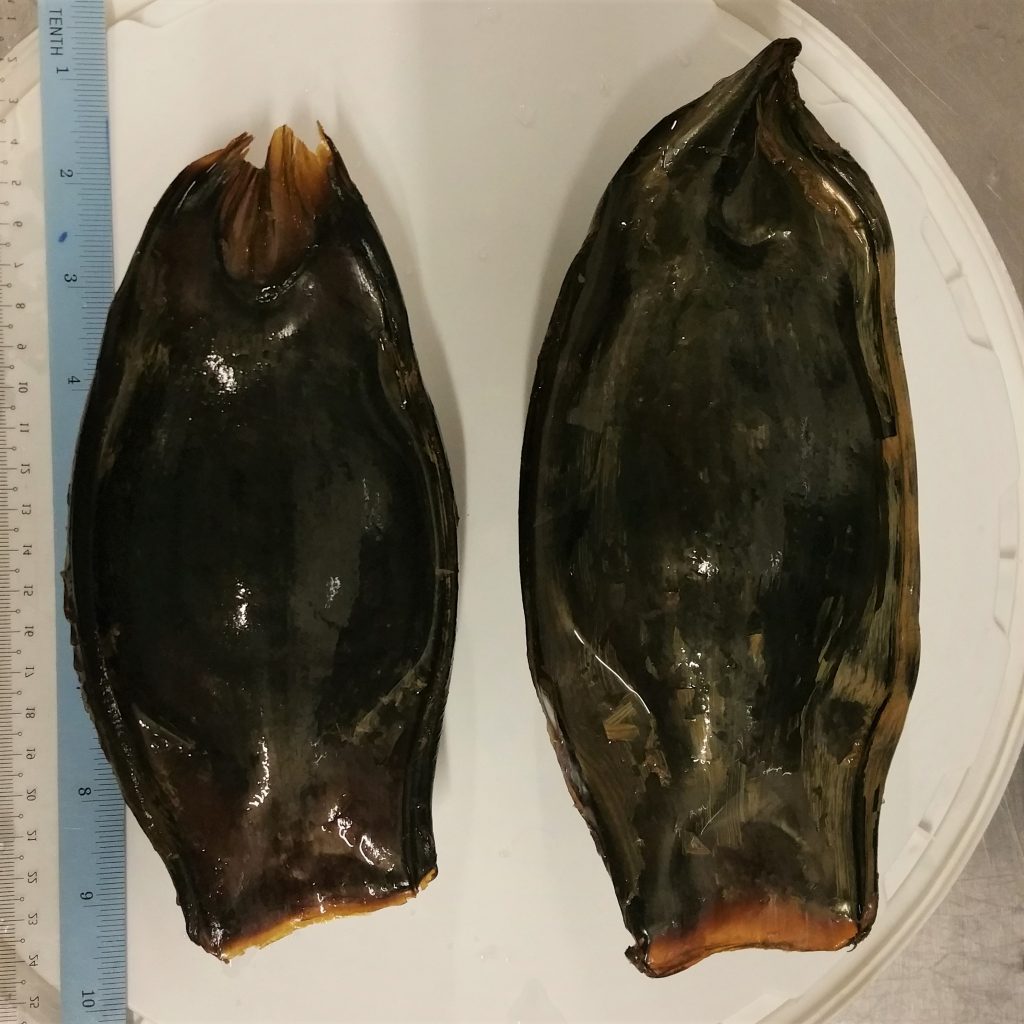 An example of a zebra shark (Stegostoma fasciatum) egg case. Commonly known as “mermaid’s purse”, these dark brown egg cases can measure about 17cm in length.