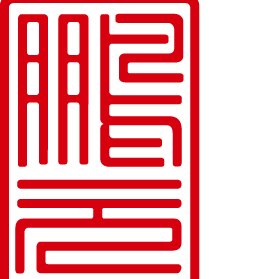 The sovereign credit rating on China reflects its view that China's largely effective and adaptive institutions  and policies would continue facilitating the realisation of the country's great economic potentials in the next three years despite significant domestic and external challenges. Thus, China's growth performance and external position would remain strong during the period.

Amid social stability anchored by strong political leadership of the Communist Party, China has been undertaking market-oriented reforms and opening up policies since the late 1970s, placing great emphasis on infrastructure investment and taking mostly decisive and adaptive measures to maintain macroeconomic stability. These enable China to grow a dynamic mixed economy with competitive exporting sectors and strong external positions.

However, the institutions and governance lag in some respects behind the needs of the fast-growing economy in its view, which delays the pace of allowing market force playing a greater role in resource allocation as the Party envisioned and constrains the society's resilience to substantial economic slowdown. Accordingly, the government would have to walk a fine line between supporting growth for near-term stability and strengthening financial discipline necessary for longer-term sustainability, a task becoming more challenging under the downward economic pressure from frayed commercial ties between the US and China.

Moderate Debt Burden The debt burden of general government is moderate in Pengyuan's estimate. Net debt of general government was about 33% of GDP at the end of 2017, with the net-debt-to-GDP ratio rising by about 0.9 percentage point per year on average over 2012-2021. However, the sovereign's creditworthiness is under notable pressure from substantial contingent liabilities.

Strong Economic Fundamentals Pengyuan expects the weighted average real GDP growth of China over 2012-2021 to be 6.7%. China's growth performance is markedly higher than what is normally seen for a country at its stage of economic development. The odds are very low in Pengyuan's view that the two major downside risks to the economy - a sharp decline in housing construction and delivery and a freeze of commercial ties between the United States and China - would materialise.  Meanwhile, China's balance of payments performance is strong for a country at intermediate stage of economic development, supported by a weighted average current account balance of 1.4% of GDP over 2012-2021 and strong international investment position (71% of current account payment in 2017).

Strong Institutions & Policies. Both of China's general institutions and monetary institutions are strong for its stage of economic development. China has very high political and social stability. The general institutions and policies of China has been quite effective in delivering robust economic and external performance over a long period of time. However, the institutions and governance lag in some respects behind the needs of the fast-growing economy. Besides, some statistics important to effective policymaking and resource allocation are still lacking. On the monetary side, China's modest inflation and effective capital controls create substantial space for China to support economic growth with accommodative monetary policy in stress scenarios, although the space of monetary expansion is tempered to some extent by the high macro-leverage of the economy. Average CPI inflation is likely to reach 2.3% over 2012-2021 in Pengyuan's estimate, with a standard deviation of 0.5 percentage point.

Low Government Liquidity Risk The government's borrowing needs and pattern do not add much to or mitigate significantly the liquidity risk of the government. The government has low reliance on short-term debt or borrowing from non-residents; budgetary deficit is modest; and the maturity profile of debt is fairly balanced. Meanwhile, we expect China's basic balance of payments to remain in surplus in the next three years, while the short-term foreign currency external debt by remaining maturity would stay below 30% of accessible foreign exchange reserve over the same period. This would help to reduce the external liquidity risk of the government.

Rating Outlook The stable outlook reflects Pengyuan's estimate that China's growth potential remains strong; the institutions  and policies will continue to be quite adaptive and effective in addressing key challenges; and US as a country would seek to trade with China on more favourable terms rather than to freeze the bilateral commercial ties.

We could raise the rating if China makes substantial progress in strengthening institutions  and policies, particularly through strengthening the governance of government, improving the division of roles between government and market and enhancing the availability and quality of some key statistics. This would help China realise its great economic potential in a more sustainable way.

We could lower the rating if administrative intervention in the economy become much more extensive and intensified and such intervention may become a regular feature of the economy for years to come, or if the government resorts to aggressive credit expansion to prop up economic growth. In such scenarios, performance and sustainability of Chinese economy could suffer markedly further down the road.

Additional information is available on www.pyrating.com