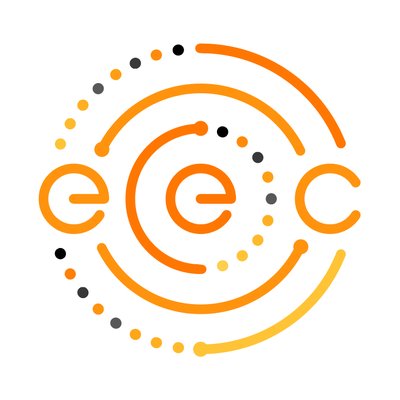 With an aim to swiftly integrate the headlonging evolution of blockchain to advance the energy sector, Energy Eco Chain (EEC) held its inaugural seminar in Singapore on Sunday (28 January) to introduce its cutting-edge platform for energy supply chain finance and payment services for decentralised energy products trading. At the event, EEC also shared its 2018 action plan and announced its upcoming co-operation projects with Papua New Guinea, APEC 2018 and Batam, Indonesia.

EEC revolutionises the energy sector in three ways: Creating an energy supply chain finance platform, allowing for fast and convenient trading of digitalised energy products and lowering the cost of energy for buyers through efficient payment and settlement solutions via the smart grid.

Tony Huang,  Chief Operating Officer, Energy Eco Chain Foundation, said: "We want to enhance the usefulness of blockchain technology as an enterprise-level solution to create a digital energy economic ecosystem, with a humble goal of optimising the energy supply chain to be dynamic and secure."

The energy trading platform is powered through the digitalisation of energy product and uses fundamental energy blockchain built from public, consortium chains to expeditiously drive energy consumption, as well as a digital energy economy system capable of sustained development and compatibility.

Developed based on distributive databases, EEC's core potential lies in its high efficiency, transparency and safety. This makes it especially suitable for contemporary energy networks, which have a multitude of nodes, large data volumes and a vast variety of data. This also allows for the creation of a more stable and swift payment solution to all the participants, including energy producers and consumers.

The EEC hybrid blockchain exists in a fully permissioned environment that connects the public blockchain with a private blockchain implementation, circumventing the fallibilities of the public blockchain by protecting sensitive financial data and allowing safer access for data auditability. The smart-grid technology also allows for two-way communication between energy buyers and suppliers, allowing for an efficient production-consumption match and eventually, access to lower costs and sustainable use of electricity.

EEC blockchain technology creates a process to ensure that the transfer of ownership and liabilities is efficiently and reliably done. In the areas of data creation, processing and storage, cost is minimised because of the structure of a shared ledger.

Energy transactions will be completed using smart contracts, leading to easy and convenient transactions that are quickly executed.

Through EEC, there will be low settlement costs, which leads to lower power bills and improved returns on investments.

Action plan for 2018 and announcement of upcoming major construction projects

EEC will be sponsoring the 2018 Asia Pacific Economic Cooperation (APEC) Summit in Papua New Guinea (PNG) to provide technological support and blockchain solution to the infrastructure of PNG Power. Alongside that, EEC will co-host the 2018 APEC Blockchain Summit in PNG with PNG Power Limited (PPL), with the aim of showcasing the latest blockchain technology and applications. Both parties are in discussion to sign a co-operation agreement in PNG to work with one another to research the application of blockchain technology in the energy sector.

"We are delighted to have Energy Eco Chain as a sponsor of the 2018 Asia Pacific Economic Cooperation (APEC) Summit. Through this, they will be providing technological support and their blockchain solution to further enhance the infrastructure of PNG Power. With Energy Eco Chain's blockchain solution, coupled with their founding team's immense experience in the energy and technology sectors, we believe that the 2018 APEC Summit will be a successful one," said a representative of Papua New Guinea Power Limited.

EEC is looking forward to working closely with the Batam Indonesia Free Zone Authority (BIFZA) to provide technological support to the island's Smart & Digital Economy Initiative (SDEI). Both parties plan to develop a living lab pilot project in Batam to support the implementation of an e-Government in Batam.

Commenting on the partnership, Yusmar Anggadinata, Deputy Chairman, Batam Indonesia Free Zone Authority, said: "We look forward to working closely with Energy Eco Chain to drive our Smart and Digital Economy Initiative. Through this initiative, we hope to create greater convenience for our people, but more importantly, to create more job opportunities for one and all."