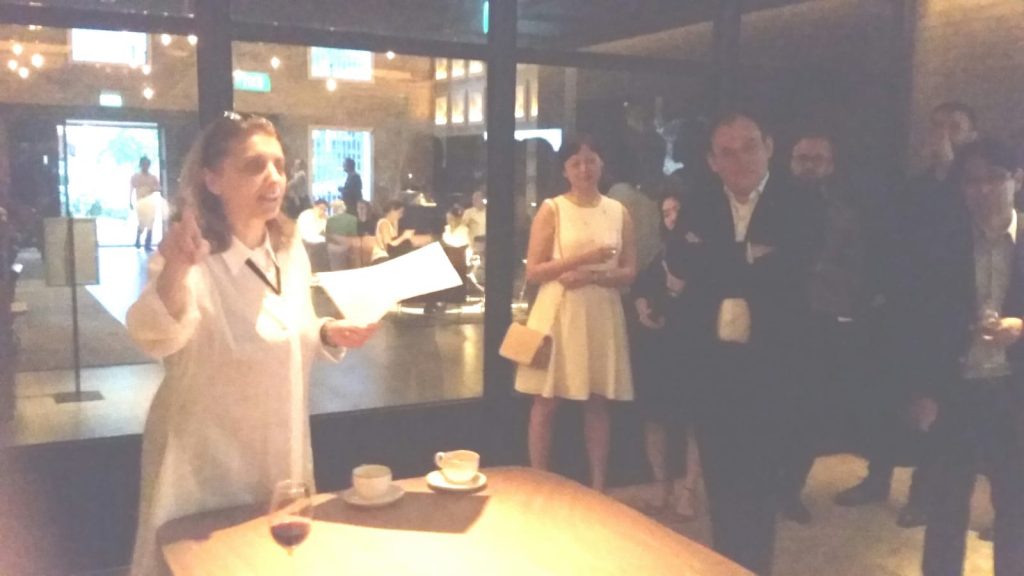 The Brand Consultant is a new occupation in this emerging world, and Aneta Bogdan has been a pioneer in times when the existing Western principles of branding were being tried and tested on new grounds.

The Romanian branding, corporate identity and marketing consultant’s book Branding on the Eastern Front is a premier Eastern view on the debate around the transformative power of branding, including relevant case studies, and an insight into the emergent corporate and entrepreneurial milieus.

Published in 2010 in Romanian, it is a book written after 20 years of practice in marketing, communication and branding. Bogdan, who co-founded the award-winning consulting and design company Brandient, which operates from Bucharest and Singapore, and is currently its managing partner, launched the international edition in English in Singapore on March 28.

It is a keen practitioner’s account of the assimilation and development of brands and branding in post-communist Eastern Europe.

When more than a hundred million parted with the dark, gloomy epoch of communism in 1989, new horizons were suddenly opened by a bright new world of capitalism and freedom. Within this novel setup, brands and branding alike helped negotiate the transition towards the endless choices of consumerism and the sometimes deceptive lights of the free market.

”What is fascinating about the work that my very good friend Aneta Bogdan has been doing for the last dozen years or so is that it seeks not only to create brands in a country in which they had no existence at all for fifty or more years, but that she has done it with such verve, intelligence and creativity. Aneta’s book helps Romanians to contribute to the vitality of Europe,” said Wally Olins, a British practitioner of corporate identity and branding who co-founded Wolff Ollins and Saffron Brand Consultants and served as its chairman.

In the book, Bogdan is cynical and idealistic, authoritarian and inspiring – a fresh, unconventional storyteller with a passionate and speculative discourse.

Ultimately, Branding on the Eastern front is a testimony of how Western-born approaches must adapt to developing economies, as well as a crash course in branding for anyone with the slightest interest in the Eastern, emerging parts of the world – be they entrepreneurs, marketers or contemporary consumers of any kind.