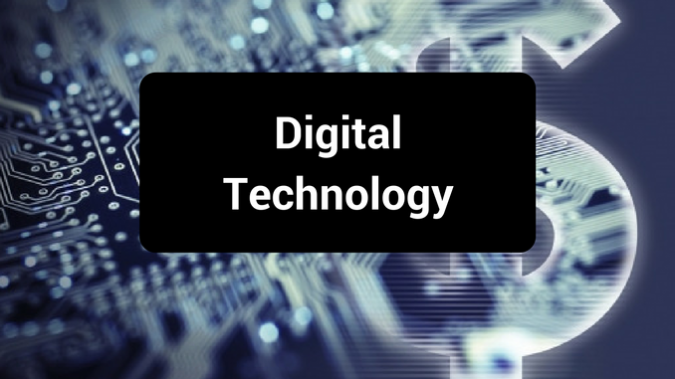 Although businesses recognise the importance of digital transformation, organisations worldwide are struggling to balance the elements needed to deliver on digital. Fujitsu's latest report, the Digital Transformation PACT, which surveyed 1,625 global business leaders, found that one in three (33%) has cancelled a project in the last two years at a cost of S$689,659 (€423,000), while one in four (28%) has experienced a failed project costing S$904,872(€555,000). About 82 per cent of businesses say that their customers expect them to be more digital, while 71 per cent believe that they are behind their competitors. Ultimately, two in three (66%) believe that they will lose customers relative to their competitors as a result of digital transformation.

Business leaders in Singapore, among the respondents surveyed, proved to be highly confident when it comes to digital transformation. Fewer than half of Singapore businesses said that the fear of failure seriously hindered their organisations' digital transformation initiatives, while nearly 2 in 3 business leaders said that digital is creating entirely new business processes and functions that are entirely digital-led - the highest among all countries surveyed.

Mr Wong Heng Chew, Country President, Fujitsu Singapore, said: "Technology is not the only influencing factor in achieving digital strategies, and companies in Singapore have caught on to this, with close to half (48 per cent) of them saying that action is the most important factor in achieving their digital strategy. Digital transformation is firmly integrated into Singapore's business culture, and the majority agree that this goes beyond creating new business models and revenue sources, to include the changing of business processes. Co-creation remains a strong influence on businesses as well. However, there is still much work to do, with the recognition of a distinct lack of digital skills within the organisations, and the concern that slow progress in digital technology will cause them to lose customers to their competitors."

Realising that digital transformation is about much more than technology alone, the research commissioned by Fujitsu examines how businesses perform against the four strategic elements required to digitally transform: People, Actions, Collaboration and Technology (PACT).

More than two-thirds (68 per cent) of the respondents admit a digital skills shortage, 74 per cent of businesses say shadow digital projects are the only way parts of the organisation can complete meaningful innovation, while 92 per cent say that their customers expect them to be more digital.

Business leaders recognise the role of digital skills, upgrading their staff through digital training programmes and attracting the right digitally-native talent. When considering their approach to the people involved in digital transformation, the vast majority of business leaders (92 per cent) are taking steps to increase their access to digital expertise, with 68 per cent admitting there is a clear lack of digital skills within their organisation.

Looking to the future, finding and nurturing talent with the right skillsets will continue to be a key business concern while 98 per cent of the respondents in Singapore agree that upskilling existing staff will be vital to success in the next three years. In addition, 94 per cent saw that artificial intelligence will transform the skills needed internally by 2020.

Survey results showed that Singapore is the most confident country in believing that digital transformation is creating entirely new business processes and functions that are digitally led. Almost all Singapore business leaders agree that their business has a clearly defined digital strategy (94 per cent). About 90 per cent are confident that the rest of the business knows what their overall strategy is while 92 per cent say that the leadership team is involved in the planning of all digital transformation projects. However, two in three organisations focus too much on technological change during transformation, rather than the skills, processes and behaviours that must support it.  About 72 per cent of business leaders say that silos within their organisations seriously hinder the ability to achieve their digital strategy, which is similar to sentiment globally.

Shadow digital projects remain a prevalent issue in Singapore, 76 per cent of respondents say that digital transformation projects often undertaken are not linked to the overarching strategy, while 74 per cent say that shadow digital projects are the only way that parts of the organisation can complete meaningful innovation. While the majority (55 per cent) say that the cost of failed digital transformation projects has discouraged their organisations from pursuing them in the future, the sentiment is still better than the global average (66 per cent).

Co-creation remains a strong influence in Singapore, with over two thirds of businesses looking to undertake co-creation projects. Most of these partnerships have been formed with technology experts (77 per cent), followed by existing customers (59 per cent) and start-ups (56 per cent). All three findings are ranked above the global mean.

Over three quarters (76 per cent) say they would be willing to share sensitive information such as business plans and project pipelines with an external partner as part of a co-creation project. However 72 per cent admit that a lack of success in a short timeframe would quickly put an end to strategic partnerships.

Technology is also changing the way businesses in Singapore operate. Business leaders planned to implement digital technologies such as cyber security solutions (76 per cent), big data and analytics (72 per cent) and cloud computing (66 per cent) in the next 12 months. In the longer term, business leaders pointed to big data and analytics as being most important to their financial success (80 per cent), while cybersecurity systems were most crucial to organisational success (74 per cent) over the next ten years.

There is a lack of optimism when it comes to businesses' progress with digital technologies, more so in Singapore than globally,  92 per cent admit that their customers expect them to be more digital, while 60 per cent feel that they are behind their competitors in using digital to deliver for their customers. The majority (70 per cent) believe that digital transformation in their sector will cause them to lose customers relative to their competitors.

While it was unanimous that technology is creating a fast-moving business landscape, over two-thirds (70 per cent) are concerned about their organisations' ability to adapt to digital technologies such as artificial intelligence. About 82 per cent conclude that it was impossible to guess who their closest competitors would be in ten years.